A Journey, by Russell duPont 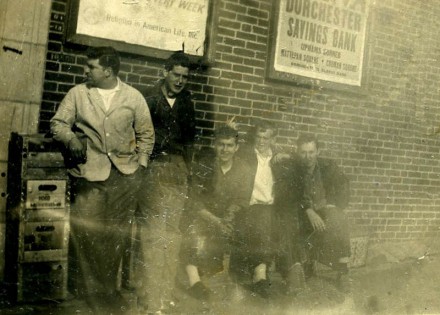 All art is a journey.

Many years ago, as a teenager, I discovered Cartier Bresson, fell in love with his work and bought myself an Argus C3 rangefinder camera, so boxy and heavy that it had the nickname, “The Brick.” With that, I went around sticking the camera in my friends’ faces and into downtown Boston, trying to imitate the great photographer, trying to recognize those instants when the visual world arrived at a point worth recording. 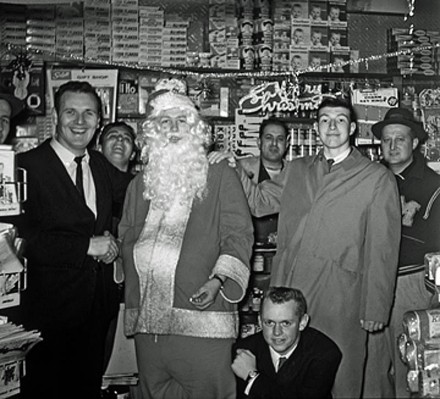 Only a few of those images remain today and I’m pleased, looking at them, to see that even in the first two photos which were posed, there are elements of the “decisive moment” Cartier-Bresson wrote of “…..a creative fraction of a second when you are taking a picture. Your eye must see a composition or an expression that life itself offers you, and you must know with intuition when to click the camera….”

The third photo is one of those happy moments, being in the right place at the right time, having the fortune to snap the shutter at the peak of action or expression. 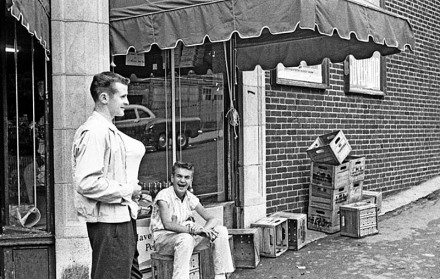 Somewhere along the way, life intruded. Marriage left me with boxes and albums of photos of children, as infants, as toddlers, as teens. There was no time to stalk the streets, freezing time, no desire to set up the darkroom in the bathroom after the kids were in bed. 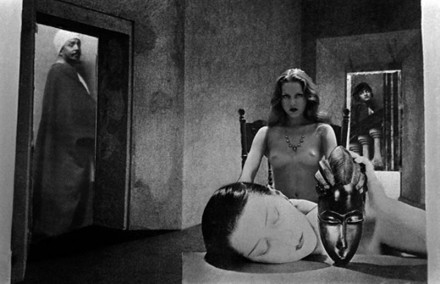 And I had found that, in what work I was doing, I experimented; collaging photos, mine and others; painting over my photos; using commercial high contrast paper, anything to alter or make a photo not just a photo. I was all over the place, without direction and because of that, I put away my cameras and, for a number of years, journeyed to other things, writing and painting. 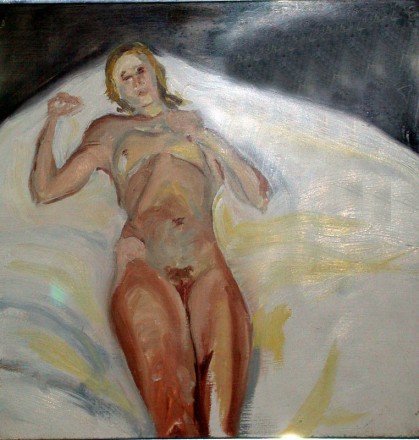 I immersed myself in painting and printmaking; many of my prints derived from photographs I had taken.

And then, as is the case with many journeys, the road turned. The building where I had my studio for almost 15 years was sold and we, 100 artists, had to vacate. While putting everything into storage, I found many of my old negatives, scanned them, studied them and felt the urge to take to the streets rise within me once more, this time with a new digital Nikon and no worries about needing to set up a darkroom.

Since then, I’ve been back wandering the city, sticking my camera, as I did in the past, into people’s faces, looking once again to record a moment, that 1/250th of a second that would normally disappear like a wisp of breathe on a cold day. I had become a pursuer, a recorder of the transitory. 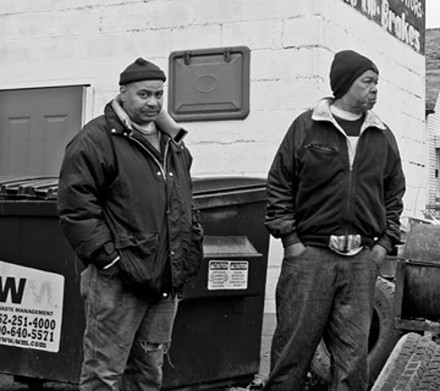 And, I’ve been fortunate. Exhibitions have been steady; there have been some sales; I’ve been mentioned in a couple of articles. I was back on the streets, doing what I had begun to do so many years ago. But then, there were those boxes of old negatives …..

And in them were photos I had taken of the cast of a play I had been in (yes, I had some acting stints along the way), the stage production of Edgar Lee Masters‘ book of poetry, Spoon River Anthology.

In the book/play, each, now deceased, resident of Spoon River speaks of his life; his accomplishments or lack thereof; his relations with others; the mundane, the petty, the small but courageous acts of daily life. I had forgotten / ignored these photos and many of the negatives had deteriorated over the years and now, after all this time, they spoke to me. The idea of making Masters‘ characters come alive through photographs became almost an obsession with me.

This was no longer street photography where the moment was transitory. Here, I felt I was dealing with the transitory nature of a person’s life, as Masters’ did in his poetry.

These images already existed and I had to decide how to present them, how to make them, in a sense, ethereal and reflective of their epitaphs. To this end, I decided to use the damaged photos as is and to “age” other photos that would be used. Encaustic came to mind. I had never used this process before but thought the wax would give the photos the ethereal quality I was aiming for. Since each image represented someone who had died, I added the brass or copper trim that might appear on a casket or an urn. And, finally, each photo was housed in a deep, recessed frame [coffin?] and accompanied by a “Memorial Card” with the lines the character speaks. 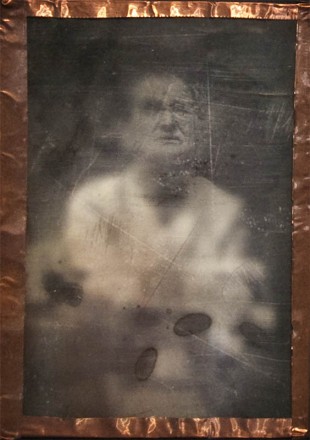 Because my favorite character in Spoon River is Lucinda Matlock, I began with her. She is the most positive character of all the residents, unselfish, chastising.

I went to the dances at Chandlerville,
And played snap-out at Winchester.
One time we changed partners,
Driving home in the moonlight of middle June,
And then I found Davis.
We were married and lived together for seventy years,
Enjoying, working, raising the twelve children,
Eight of whom we lost
Ere I had reached the age of sixty.
I spun, I wove, I kept the house, I nursed the sick,
I made the garden, and for holiday
Rambled over the fields where sang the larks,
And by Spoon River gathering many a shell,
And many a flower and medicinal weed–
Shouting to the wooded hills, singing to the green valleys.
At ninety-six I had lived enough, that is all,
And passed to a sweet repose.
What is this I hear of sorrow and weariness,
Anger, discontent and drooping hopes?
Degenerate sons and daughters,
Life is too strong for you–
It takes life to love Life. 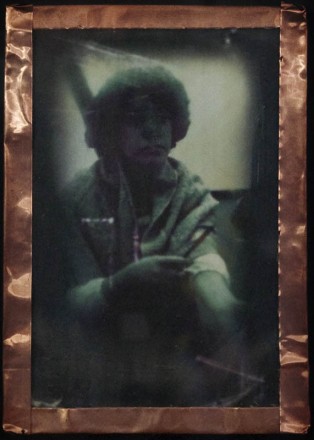 ALMOST the shell of a woman after the surgeon’s knife!
And almost a year to creep back into strength,
Till the dawn of our wedding decennial
Found me my seeming self again.
We walked the forest together,
By a path of soundless moss and turf.
But I could not look in your eyes,
And you could not look in my eyes,
For such sorrow was ours—the beginning of gray in your hair,
And I but a shell of myself.
And what did we talk of?—sky and water,
Anything, ’most, to hide our thoughts.
And then your gift of wild roses,
Set on the table to grace our dinner.
Poor heart, how bravely you struggled
To imagine and live a remembered rapture!
Then my spirit drooped as the night came on,
And you left me alone in my room for a while,
As you did when I was a bride, poor heart.
And I looked in the mirror and something said:
“One should be all dead when one is half-dead—”
Nor ever mock life, nor ever cheat love.”
And I did it looking there in the mirror—
Dear, have you ever understood? 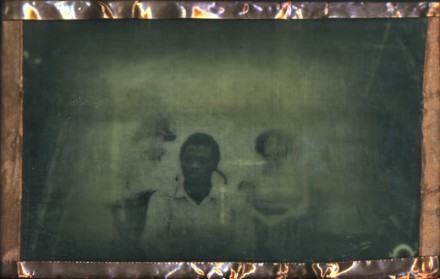 and then Shack Dye, a Black resident of Spoon River, taken advantage of my the white citizens.

The white men played all sorts of jokes on me.
They took big fish off my hook
And put little ones on, while I was away
Getting a stringer, and made me believe
I hadn’t seen aright the fish I had caught.
When Burr Robbins circus came to town
They got the ring master to let a tame leopard
Into the ring, and made me believe
I was whipping a wild beast like Samson
When I, for an offer of fifty dollars,
Dragged him out to his cage.
One time I entered my blacksmith shop
And shook as I saw some horse-shoes crawling
Across the floor, as if alive –
Walter Simmons had put a magnet
Under the barrel of water.
Yet everyone of you, you white men,
Was fooled about fish and about leopards too,
And you didn’t know any more than the horse-shoes did. 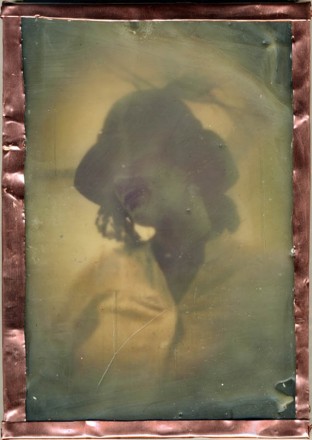 Then, the secretive, unfaithful Mrs. Sibley, wife of the Rev. Amos Sibley.

And, so on. I’m not sure that I will ever get through the hundreds of people who inhabited Spoon River but that is not important.

I began this essay by writing that “All art is a journey” and the photos I’ve left here document that journey for me and excite me to the journeys that lay ahead.

Next article »
CO magazine is five years old!
6 comments on “A Journey, by Russell duPont”