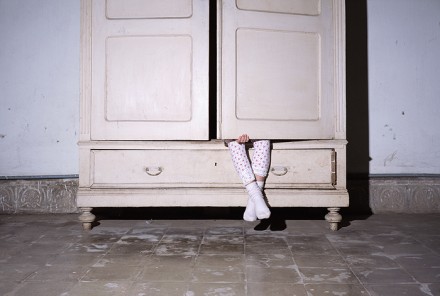 S is for Solitude
© Julian Hibbard

Text and photos by Julian Hibbard.

I am a deconstructor. I like taking things apart. As a little boy I always enjoyed removing the back of a broken radio or calculator and having a look inside, but I was never able to really understand how these things worked or put them back together.

Around that same time I used to spend hours staring out at the world from a small rectangular window above my bed. One night I became aware of a strange light filtering into the dark room. I climbed up and saw bright lights in the distance. I went to tell my mother and she instructed me to put on my dressing gown and Wellington boots. We both walked out over the adjacent football field to investigate. A car had veered off the road at a sharp bend and crashed into a ditch. I remember the car being an Austin Maxi, which ended up partly embedded in the hedge. The accident hadn’t happened that long ago. A policeman was present but there was no trace of the occupants. The encounter lacked a beginning and an end. A police dog had been summoned in case the driver had, in a concussed state, stumbled off into the night. 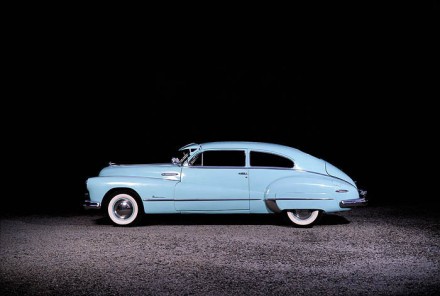 Years later the memory of the scene I just described seems to have resurfaced with the above shot of the aqua blue 1948 Buick Roadmaster. The description centers on the very same suspended narrative and juxtaposition of elements I look for in the pictures I take, but the image of the Buick has triggered something else. The car seems almost alive and to reflect my gaze as though harboring a buried secret. Could this reoccurrence represent a confusion of fantasy with memory; the loop of personal memory overlaid on top of actual history? As Christian Metz says in Photography and Fetish (1985), “the photographic take is immediate and definitive, like death and like the constitution of the fetish in the unconscious, fixed by a glance in childhood, unchanged and always active later”.

My work is infused with contradictions, fears, desire and the language of theater. I am drawn to creating images that are ambiguously structured around events that have just happened or are about to take place. As I am discovering the inspiration for such images is a mixture of conscious and unconscious elements including personal memory, inherited narratives, the mystery of objects and a reaction to a sense of place. 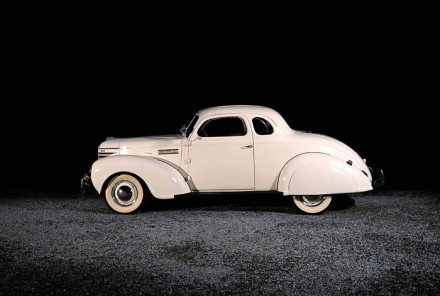 In the film noir genre the car and the road are really traps and not the symbols of freedom they first appear to be. Photography too allows us to peel back seductive surfaces and explore different layers of perception, which if discovered to be fluctuating can cause uncertainty and contradictory feelings. The medium of photography is ideally suited to such a line of enquiry for it both subjects and objectifies reality as it freezes time.

To speak of freezing time is to speak of silence and stillness. I remember becoming reacquainted with the qualities of presence and absence over fifteen years ago whilst living and working in Chile, South America. Having just graduated from art school in London I arrived in Santiago to undertake a fine art teaching project. Over the next two years I spent in Chile I made numerous trips to the Andes mountain range and to the Atacama desert in the north of the country. In these remote landscapes – in some ways hostile and threatening but in other ways incredibly beautiful, far from home – I began to explore and photograph both the physical and emotional distance I felt for the first time. 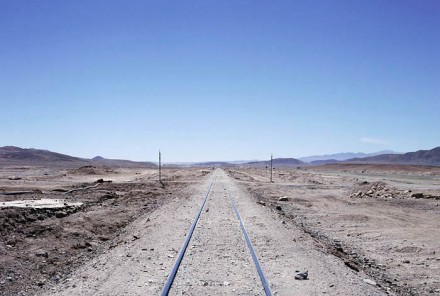 Recently I found myself in the desert again when I traveled to the state of New Mexico, USA. The objective of the trip was to photograph Shiprock; a large geological rock formation in San Juan County, sacred to the Navajo people. This eroded igneous lava pinnacle rises 1,583 feet (482.5 m) vertically upwards from a flat desert plain, so named as it resembled a massive schooner to the first settlers traveling West, who upon seeing the feature from afar, believed erroneously they were finally reaching the Pacific ocean. 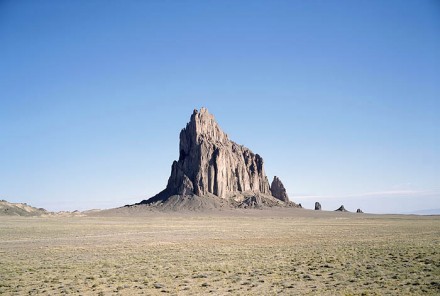 Having scouted the location and checked the position of the setting sun late the previous afternoon I rose at 5.00am the next morning and drove an hour to take the above shot. The place was utterly still when I arrived and seemed to emit a strange, otherworldly almost extraterrestrial quality. The stillness seemed to hum and convey there was something latent in the landscape waiting to be released.

As I look at the picture I took of Shiprock, I again feel that sense of bridging the temporal, physical and emotional. Time has become disjointed. For me there is a sense of wonder and self-reflection embedded in this idea that the world we see in pictures is not always the world as it is. Getting close to this enigmatic, spectral, dream-like quality is the reason I take pictures. 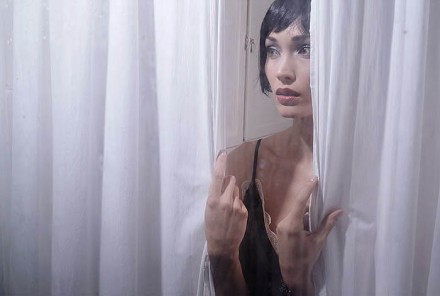 All the images you see are shot on transparency film. My preference, whenever possible, is to still shoot analog. In photography the term ‘analog’ (I believe the spelling analogue is the UK variant of analog in all senses) refers to the use of a progressively changing recording medium to capture and chemically develop a latent image. Though I am drawn to capturing ephemeral moments, shooting film conversely reminds me that the instant captured did exist face-to-face, even if the rendering seems to go beyond normal reality, because something physical still remains.

I like this paradox. I like this tandem, layered sense of analog capture and analogous presence in the pictures I take. It helps me understand how the overlaying of the past is also part of my own transient journey in the present.