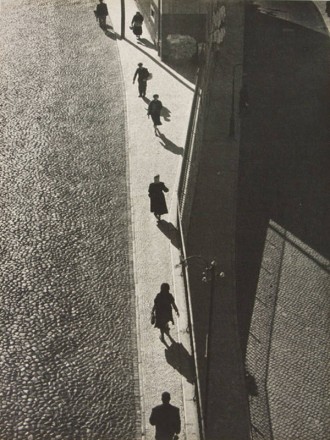 To understand an artist’s work you can’t keep your eye stuck only on the image that’s worth a thousand words, and Camera Obscura gave me a click on this sentence, making me go deeper and beyond. A week ago I couldn’t avoid going to an exhibition held here in Paris, at the Centre Gulbenkian (French delegation of the Calouste Gulbenkian Foundation in Lisbon), and if you’re coming here, please do yourself a favour and go see it!

Gérard Castello-Lopes was born in Vichy in 1925, son of the cinema (his father, José Castello-Lopes, founder of Filmes Castello-Lopes) and music (his mother, Marie-Antoinette Lévéque, piano player), spending most of his life living in Lisbon – or between Lisbon and Paris -, being himself a disciple of Henri Cartier-Bresson. 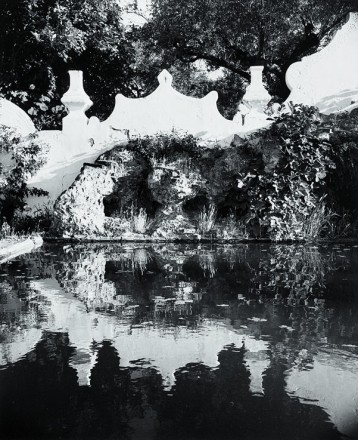 I knew his work since always – I guess that I have less years of life than he dedicated to photography – but always felt something was missing for me to understand his whole work. It can be understood perfectly well the influence of the music on his work, specially piano, as he was a great piano player and composer himself, and also co-founder of the Lisbon Hot Club, the Lisbon jazz spot. This, you will find on the lines and rhythms and compositions (photo #1). It can also be perfectly visible the influence he had from the cinema, in the use of light (also from Cartier-Bresson, using natural light), composition, stolen stills from a film. But still… there was something I didn’t know: his main passion and hobby and where it all began: 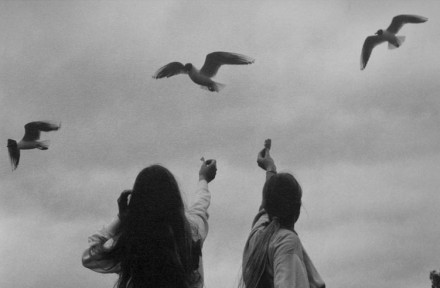 Gérard Castello-Lopes was a passionate autonomous diver. From the Ocean to the sea, the Atlantic to the Mediterranean, where he learned how to dive (Cannes) or near Lisbon, where he lost his friend and diver colleague Philippe Cousteau. And it was when diving that he starts doing photography with his French Foca.

Suddenly it all made sense to me, so I went back to the exhibition’s rooms to review all his main work. It’s true that he had an amazing work of light, as I wrote before natural light taught by his (our) master Cartier-Bresson. Even though there’s a huge difference of lights as the light of Lisbon is much warmer than the light of Paris. I experienced that already in my own photographic work. However, Castello-Lopes’ light is different. It’s not the usual light of Lisbon or Paris. He, somehow, brings the underwater light to his photography giving to it a special mood very characteristic on his work. That was exactly the feeling I had when seeing his exhibited work: diving in submerged cities, where water isn’t an issue for us to breath. 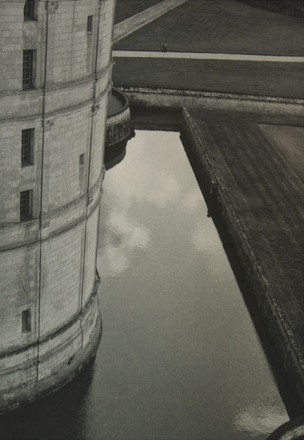 His view, or the view that he gives us is not only through his camera lenses but also through his diving armour’s glass, as if he had the gift of taking us to the place making us living and feeling it as he did.

There are photographs that you feel diving through submerged places, finding living humans there or just their presence even though being all them existing on the surface, and when on the earth’s surface feeling he brings water puddles (photos #2 and #3) or glass reflections, to give some water mood as well. 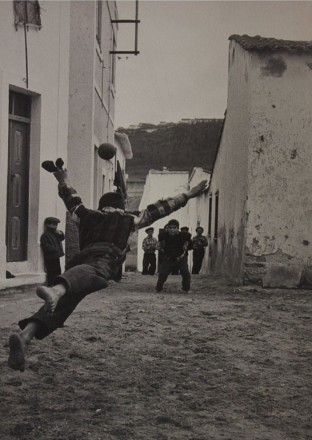 Gérard Castello-Lopes started taking photography while diving, but soon he realised that was not so easy, also for the camera as it had immediately to go through several complicated processes of cleaning the camera even if he had a supposed waterproof metal case with flash, so his photographs really under water became more as a frustration to him.

On the photograph taken in Scotland, 1985, (photo #4) there are two kids throwing pieces of bread to flying seagulls, however, the image I “saw” was the 3 seagulls as swimming fishes reflected on sky. A play of sea and sky, as if the sky was showing the reflection of the sea and not the opposite, that he repeated in other photographs like the one he took in Chambord, France (photo #5), in 1984. 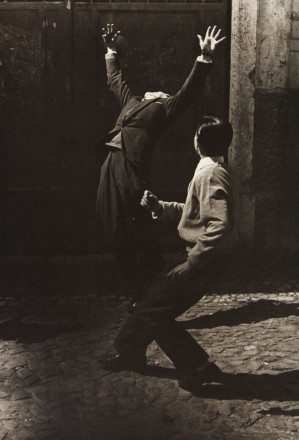 Castello-Lopes projects this way his underwater world to ours.

He also brought kids diving, as I’m sure he saw them and projected them as so, even if they were just jumping and playing on any street (photos #6 and #7). They both appear to be diving and playing in deep ocean. Or the photograph with the 4 priests sit down on a bench talking (photo #8), like corals in a reef, with such aquatic and organic movement they have. 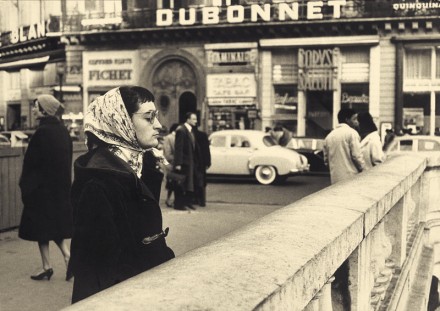 From the magnificent portrait of his mother taken in 1959 (photo #10), the piano player as a reflected bust lost and found next to a sank boat under the Mediterranean waters that he could have take while diving… to the photo he took already with his feet on earth, from above, watching the body submerged, in 1998, (photo #11) when it seems that he finally assumes he is out of his main element. He feels his feet on the ground now, after he got married and become a father of two. He explores earth. 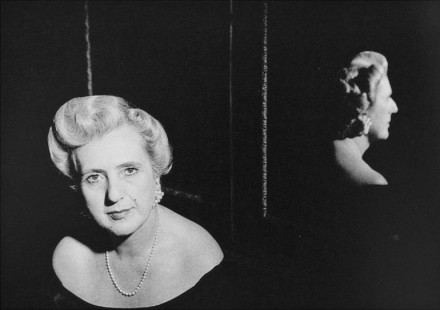 And here on earth, he shoots his photograph that I like the most, in Paris, 1985. (photo #12). Probably one of his most abstract images, inviting you to be there. In this one, if you’re a follower of the rules, you’ll be disappointed, as it seems that he broke them all. Even the basic rule of thirds. The main subject is on your left side. It reminds me another one, taken by Cindy Sherman, where there’s a lonely lady on the left, leaving the line-curve on the right so you can feel yourself there, or even a blank space for someone who’s yet to arrive. 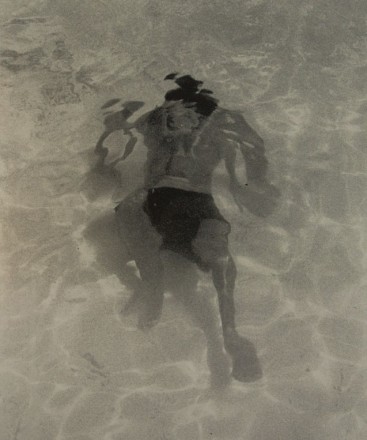 Some people can break all the rules: they are called masters.

Patterns were also something that attracted Castello-Lopes. But not to be repeated. They existed to be different, even if this can seem awkward or non-sense. He doesn’t photograph a pattern; he gives us the concept of patterns. Like they exist in nature, or the walls created by seaweeds creating patterns that don’t exist… as a pattern. But as a whole. So that’s what he also brought, shooting ropes left at the sand by fishermen, or even trails left by their boats, wheels and feet. Or coming out from the sea and sand, already at the urban landscape the scaffolding that is used to build, with men and by men. And with men, is also the iconic photograph of them all turned back, in line, bending, looking at the sea. In Algarve, 1957 (photo #13). His marriage with Daniéle and the birth of his two children (daughter and son), brought him out of water, giving him a new universe, even if he never stopped diving in his mind and way of seeing. He was living on earth.

He now enjoys another element: Fire. Finally. That he started discovering with his series of blood at the bullfights, and later on with his other colour series of the burning scare crows (1996) (photo #14). 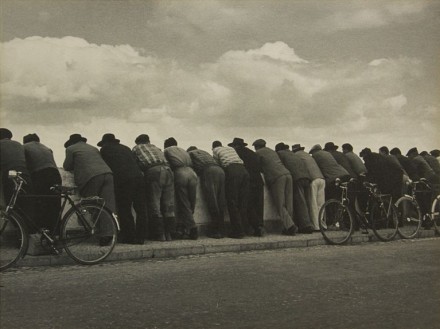 If there is a need to cut Gérard Castello-Lopes photographic chronology in 2 parts -due to his marriage and the birth of their 2 children-, there’s a first part where he never left the Water, even if using the Air element to reflect it, and the second part -after being married and becoming a father-, where he is connected with Earth. And finally Fire. Scaring the crows. Playing Jazz. 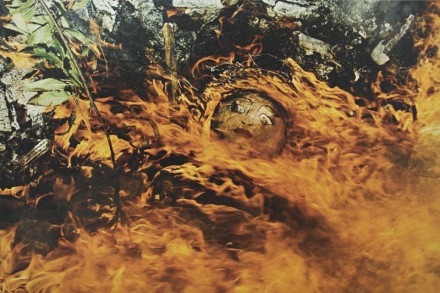 «Previous article
B Shot by a Stranger, by Gonzalo Bénard