Text and photos by Gwen Brinton.

Photographing estates in the UK

I started shooting on Rolleiflex film in 2003. The nature of looking down through the lens at the subject in a square format felt more intimate. It was more personal than pointing the camera directly to my eye. Therefore the process of photographing becomes less threatening and invasive to the subject. Medium format film enabled a personal touch and the square format of the negative and print I found to be aesthetically beautiful. Subjects looked at the camera with curiosity. There was no instantaneous fear for the subject as the Rolleiflex has an antique look, if anything it creates intrigue. I have always been inspired by Diane Arbus and Nick Waplington so invested in analogue equipment from the 1940s to pay homage to her New York portraits and Waplingtons photographs of estates in the 80s – in the hope that I could document everyday street life.

The Rolleiflex enabled me to capture a series of photographs of family life. This took place on the South London Estates where I was living at the time. I photographed the residents and their children playing with toy guns and ironically pointing the guns indirectly to their childhood friends’ heads. There was a darker meaning to the photograph as their father stood in the foreground smiling, maybe unknowing and maybe all knowing of the unexpected trials and tribulations children are eventually awoken to as they grow up. As a photographer I wait for the right moment. The click of the shutter was decisive. The moment spontaneous because I had a clear vision of my subject matter and what I wanted to capture. Real life as it is and not the glamour and privileged riches that we are subjected to for the few in the Western world. These kids trusted me and I wanted to share their innocence, beauty within a moment that I will remember for the rest of my life.

Rio was a dancer at a workingmen’s bar in Maidstone. Martin Andrews (who’s name I have changed) a shady character with a violent disposition and feared locally, enabled me access to the dancers. Martin was the bouncer on the door and for all of the bad press he has recently received in the media he got me access into a world that many photographers will never be able to gain entry to in such a manner as I did. He drove me from London to Maidstone and then escorted back. He was respected amongst the clientele and the proprietors alike and did his job, always checking on me, making sure I was ok. The establishment itself was run down – empty – not many men there – maybe we went on a quiet night. The silence crept darkly throughout the evening that at first created a feeling of awkwardness. This enabled me to photograph Rio on 35mm camera with flash. 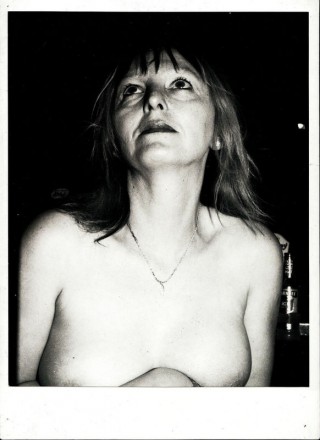 Her eyes were wide – opened glance – starry – intoxicated with some substance that endears girls with the confidence to dance on stage for not much money. Some of the girls were dancing to put themselves through university. I was unsure as to why Rio was doing it; maybe she was supporting her lifestyle and family. This is only my interpretation. Her glare was startling to me and only after the film had been developed had I noticed that I had an amazing photograph. The quietness of the club enabled me to meet the dancers, photographing them on their cigarette breaks, whist waiting for their song. They’d chosen their own soundtrack to dance to. The club was bleak and by the end of the night I was tired, ready to leave. The girls were after glamour shots – so I sent them the rolls of film that I had – but never received a response. I wonder whether the photographs are pinned up on the walls to this day. The club wasn’t quite as dark as a club I experienced in Cambodia. Here, women are numbered and men came in to choose what number they wished to purchase. For sure the girls didn’t make as much cash as they would have liked – but I am sure that we went on a quiet night – I think it was a Thursday.

Clubbing is an intensified atmosphere, it is peaceful and a riotous, monumental emotion united. I have loved every moment of capturing our clubbing generation on digital film. The great thing about digital photography in a club is the flash and the instantaneous movement of the subject that captures expressions with electrifying colours. Everyone is exhibited and uninhibited inside the home that tonight is our club. We dance beyond spiritual retribution. It is bound in utopia where everyone is spared from the waking life of our ordinary existence that dawn in days after the early hours. Are we are all oblivious to our own states that are high in resolution and magnified by perpetual beauty? Sometimes our body language can be interpreted and misunderstood and that is part of the joy of the experience. Photographing the generation of clubbers opens up an untold visual language that is explained through the lens. The untold language that my subjects share, their secrets, loves and truths in that blissful moment they exchange. The camera enables tales, tribulations and ecstatic bodily warmth. 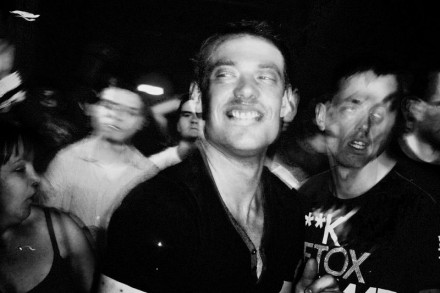 I will never forget to record and remember these times of unity and of peace, which in transitions like these, we cherish with our hearts, even though intimate moments like these may sometimes remain forgotten as the lights go on. Coats are fetched and the journey home is of much disarray and confusion. Captured in the frame a face may creep into the photograph from behind the main subject. Looking distant, this makes the images stronger, more conceptual and open for interpretation. As the camera flashes on and flashes off the aperture focuses on a boy. He instantly recognizes the lens. Holding up his fist in a respectful notion of recognition – as if to say – it’s ok – as if he is in a peaceful trance and is acceptant of the moment that has been revealed and offered. 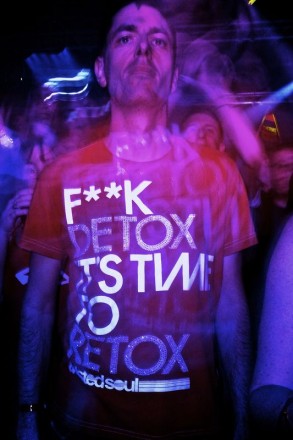