Where I am now, is where I need to be, by Jonah Kessel

Text and photos by Jonah Kessel.

For years, all I wanted to do was take pictures. I traveled to far off places and met strange looking strangers.

After I was hooked, I decided to go study visual journalism. While working on my degree I shot for a local paper as a stringer. I was tenacious and willing to do anything if people would pay me to take pictures. Back then I didn’t really care what I was taking pictures of. A baby, a bar or a blueberry: if people were paying me, I was shooting it.

After university, I applied for jobs at newspapers. Hundreds of them. Once in a great while, I would get an offer from a paper smaller than my college publication in someplace horrible for an embarrassingly low salary. But for the most part, I was happy when people bothered to even write me rejection letters. And there were many …

When I finally got my first staff job at a newspaper, it wasn’t as a photographer. It was as a designer. But, I was one step closer.

As soon as a staff photog couldn’t make an assignment I would volunteer. On my day off, on the weekend, at 2 am — it didn’t matter. I pushed and pushed until I weaseled my way into the photo department from within the paper.

Things evolved from there. They got a little easier, but not easy. But my energy to shoot never really died down. Which, was good because for the next couple years I got work shooting, but I had to always do something else, too. I was a photography and design consultant; I was a creative director who infrequently was unleashed from a desk; I was an interactive art director who acted as a photo editor, but not so much as a photographer.

Some years later I look back on that period and find it funny that I was willing to do so many things — just to take pictures. Even more funny, now I make my living with a camera, shooting what I want to shoot, being where I want to be, and making enough money. But after all of those years fighting to shoot, now ironically, I don’t take that many pictures.

I’m not sure what it was: market demand, technology or me — but somehow, I became a video journalist.

I still shoot with a DSLR, but I’m not part of the daily grind. Although I’m freelance, I’m accredited with the New York Times who I work with regularly out of China where I’ve been for over three years. I do still take stills for newspapers and magazines but the large majority of my mind is obsessed with video now. I shoot editorial, nonprofit and commercially oriented videos.

And I love it. I live it and breath it everyday. Literally, 7-days a week work and life are one thing.

Being a freelancer means every job represents me. This equates to never worrying about my hours I’m working, never accepting something that’s not up to my standard — and making sure my standard is always raising. Everything I do I critique to hell. As soon as I finish a project I think: if I were to do it again, this way would be a better way. Hindsight is always a lovely thing.

And although my primary medium is video, I actually still think of myself as a photographer — or when people make me label myself, I say visual journalist.

Working primarily as a video journalist in recent years has actually changed me as a still photographer. I’ve become much more calculated. I think about a still picture and think about the events that would happen before or after the frame. I think about what my subject is hearing. I think about the place the photo will be published as I’m taking the photo — a double-truck, a magazine page or maybe an advertisement. I think of still frames as part of a sequence that will be unseen by the audience. Growing up shooting, so much of it was natural, or instinct.

At the same time, my still photography impacts my video style. Some of my friends who are cameramen, DPs or were native to video tell me they can tell I was a still guy when they see my videos. This always makes me smile.

But maybe that makes sense. When I shoot video, I look at frames as still pictures. I set them up, how I would a still photograph but with the anticipation of movement.

However, what I find the same about both of them, no matter what I’m doing: designing, photographing or making videos: I want my images to tell stories that matter. And while I worked myself to death getting to a place where I’m finally not doing one thing, in order to do another, I believe all of those places I was in, shaped my vision for what I’m doing now.

But one thing I am certain of today: where I am now, is where I need to be. And that has been true all along the way.

In an over saturated media environment, in an era where digital cameras find homes in every single person’s pocket — our paths as photographers are not always straight just as our destinations are not always clear. Shooting pictures of houses for real estate ads, designing pages of parade photos on community newspapers or taking the 6th-grade basketball team’s portrait was never part of the plan, but all of those experiences got me to where I am now.

And while I’m not exactly sure where that is, I do know, I’m happy here, creating images and telling stories.

I also wonder, if my current obsession with video and past obsession with photography have actually converged into one thing or if they are morphing into something completely different.

I get a couple emails a week from young photographers asking for advice. Funny enough, I don’t think I should be giving it. I’m just figuring it out as I go along. I was writing the same emails no so long ago. But I think the main thing they are missing, and I was too, was all those places we have to go to get what we wan’t shape us to be better photographers. My career as a designer, made me a better photographer. My career as a photographer, made me a better videographer. All of those careers shaped my way of storytelling today.

Looking back at the past decade of having a camera in my hand: I do know, where I am now, is where I need to be. That’s been the case the entire time. As photographer’s our paths aren’t exactly clear or easy. But if you trust in your passion, I believe you will find yourself someplace meaningful.

Jonah M. Kessel is a freelance visual journalist working with the New York Times, based in Beijing. See more of his work at his site, keep up with his travels at his blog or on Twitter. 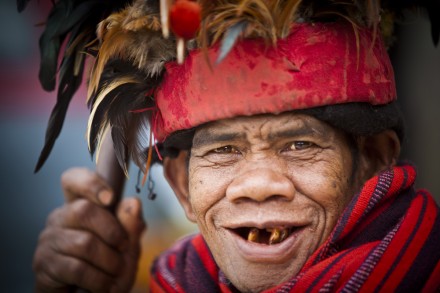