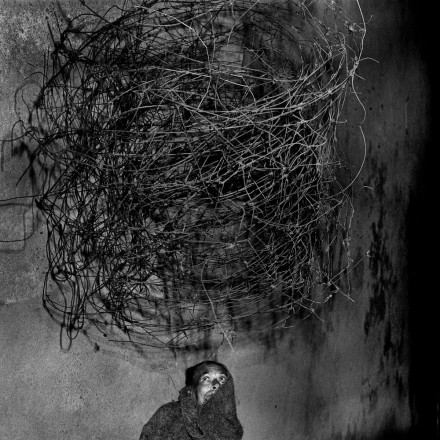 Roger Ballen is one of my favorite photographer ever. His complex, beautiful and disturbing images are intense and powerful visions rooted deep inside the subconscious mind. Mysterious visions that last long time inside your brain, as vaguely unexpressed questions.

It was a great honor when Roger Ballen accepted to be art of CO-mag, and answer some question about his practice and vision. 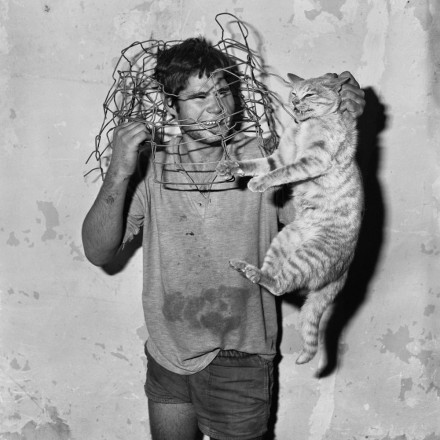 Fabiano Busdraghi: You studied geology and before becoming a full time photographer you worked many years searching for minerals in South Africa. Speaking about your double scientific and artistic experience, some times ago you wrote to me: “In order to create strong images one has to be a scientist and artist.”

Personally I’m extremely interested in this topic, because I’ve be a physician during some year before switching to photography. So many people I met in the scientific or art word, think as they are two completely distinct universes, while during centuries art, science, technique… where simply considered the same expression of the human knowledge. 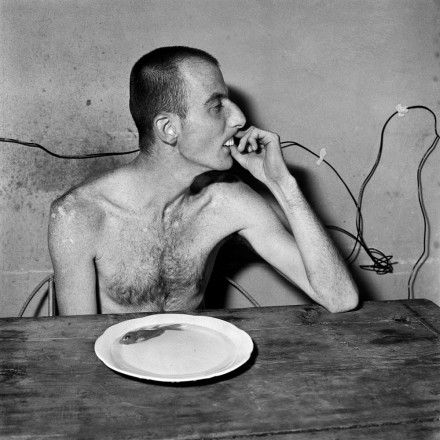 What is in your vision of the relationship between science and art? Why it’s important to be an artist and a scientist at the same time?

Roger Ballen: One might think of the artist/scientist analogy as the relationship between the conscious/subconscious mind. Whilst there are many overlaps, creativity has to be channeled through a part of the mind that is is rational and is able to make decisions based on experience. Nevertheless the source of creativity is based deep inside the subconscious mind. Fabiano Busdraghi: It’s easy to see the analogy between searching deep underground and the subconscious exploration in your photographs. But I ask to my self if there is something else, something more practical and direct compared to this metaphor.

Do you think that the formal training typical of science influenced your photographic approach? What is the role of the scientific method in your images? 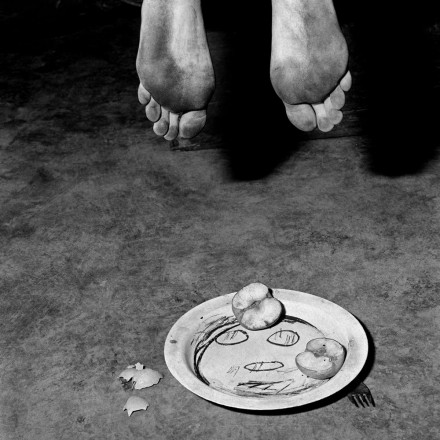 Roger Ballen: My goal in many ways is to become a master of the medium of black and white photography. As each year passes I continue to learn more about the media and how to “express greater complexity in a state of purer simplicity”. I think my training in the field of geologist assisted me in appreciating the relationships between cause and effect which is fundamental to the scientific approach.

Fabiano Busdraghi: When they started, many of my photographer friends had a lot of artistic ambitions. After a while, -mainly because of economical constraint- they started some parallel commercial activity: weddings, advertising, etc. The problem is that little by little they become prisoner of the economical appeal of their commercial work. The resulting situation usually killed their creativity and all the their artistic ambitions. 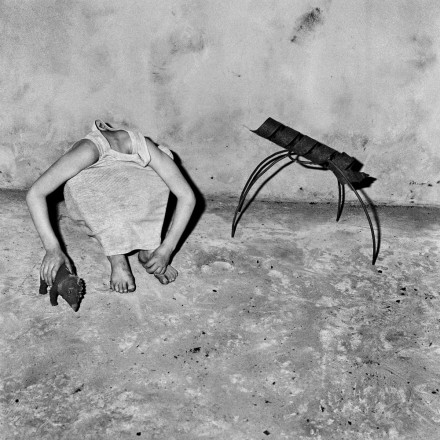 You practiced photography as an hobby for many years and -as a consequence- yo wasn’t obliged to make a living out of it. Do you think that this kind of freedom was fundamental to find your way? Would you suggest to young photographer to have a parallel and completely distinct job to experience the same freedom? Or it would be better to concentrate uniquely on photography form the beginning?

Roger Ballen: I often explain to younger photographers that the field of art photography is one of the most difficult careers in the world. There are literally trillions of photographs in the world and billions of people taking photographs. In order to have any possible success in this business ones work has to stand out and have lasting impact over time. In life it is crucial to find the correct balance. Whilst “what might work for one may not work for the other”; I have stated that firstly one ought to photograph for oneself not the market, secondly that being an art photography requires the same discipline and dedication that one might apply to any other field and thirdly that it is crucial to have another profession to subsidize the costs of daily life.

Fabiano Busdraghi: Looking at your photographic production, animals are extremely recurrent: dogs, cats, ducks, birds, snakes… Some time ago I was reading an analysis of Pink Floyd songs where animals had a central part, especially concerning Syd Barret. In the book, the massive presence all kind of real or mythological fauna, insects, and animal sounds could even be interpreted as an early sign of Syd mental illness. Even if I’m not sure about this statement, I think the parallel between a band who often explored the dark side of our existence and your introspective work is evident. So, why so many of your photos are populated by animals? What is the importance of animals in your work?

Roger Ballen: For most of my life I have been fascinated by the similarities of animal behavior to human. A substantial amount of my imagery over the past decades has attempted to decipher visually the animality of the human being.

On another level, my images comment on the complex relationship between mankind and animals. It is quite obvious that this interaction is not one of mutual trust and benefit. Quite the contrary. Fabiano Busdraghi: You have organized and diffused your work in the form of photo books. It seems to me that books are central in your production, and are the natural physical materialization of your work. Before exhibiting your work is so many galleries and museum, you already published several books, and it’s your book Platteland who drove so much attention on your practice and was a fundamental turning point in your life.

Can you explain why you have this fascination for books? What are the implication of having a photo book as the main objective? When you produce a new body of work, do you already think to it as a future book? Or after some year shooting new work, you “discover” a book editing all the raw material you gradually accumulated? Roger Ballen: My career has revolved around the production of books namely Boyhood, Dorps, Platteland, Outland, Shadow Chamber, Boarding House, and Asylum. These projects have all taken approximately five years to complete.

All of the above book projects started with a word that eventually became the title to the future book. During the years that it took to complete these projects my goal was to define in a purely visual, subjective manner the meaning of the particular word. Each strong, successful photograph added another dimension to the project in progress.

A book, unlike an exhibition is permanent, it is something one can go back to over and over again. It establishes a level from which one can begin the “next climb”. 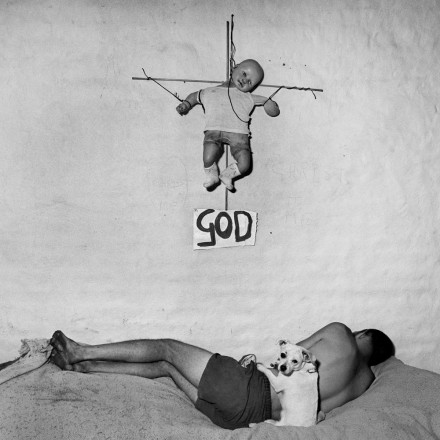 Gonzalo Bénard: I studied 12 years at a Jesuit’s school being an atheist since I remember myself, however, the very first photograph I knew from you was the most engaging portrait of God I ever seen. I have shown it in almost every master class I gave, as example of composition, conceptual photography, etc. But knowing you and your work, you’ve been always creating, projecting and representing your inner world, maybe as process of oneself knowledge. This photograph can be seen as an icon to a man full of faith and yet can also be an icon of a pure atheist, showing God as a nonsense dogma. The guy seems sleeping relaxed feeling protected yet giving the back to us, humanity; the dog seems asking “what the hell is going on here?”; the God himself as a wired puppet, a doll with a funny smile, and the whole environment as opposite to the golden church.

Where are the creator here? Where are you in this photograph? Roger Ballen: I have always stated that whilst some may find this image titled “Loner” disturbing; it is ultimately conveying a profound statement about the meaning and nature of the identity of God.

On a formal level the photograph is integrated by the fact that the eye of the dog is comparable to the doll, the dog and the man on the bed lie in the form of a cross, and the reverse spelling of the word God is Dog. 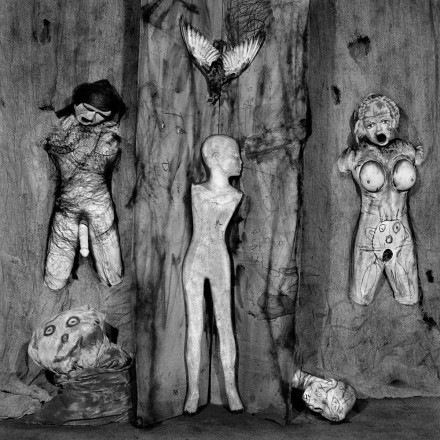 Gonzalo Bénard: You often say that your photographs are a way to define yourself, your “psychological and existential journey”, however you do not come up on them, your real face/body is not visible in your work. Do you project yourself in the photographed beings – humans/animals? Most of your work has some kind of ritualistic mood, not coming up in the photographs yourself, are you playing the shaman, using others to project yourself in these rituals? Or going further if I may: are each one of your works a mask you use (or could use) being the shaman?

Roger Ballen: Like my photographs my being consists of endless fragments many of which I am oblivious of. Each photograph I produce reveals Roger Ballen’s mind through a camera. People fail to realize that a camera is fundamentally a tool of the mind; no different than a paint brush in the hand of a painter or a pen of a poet. 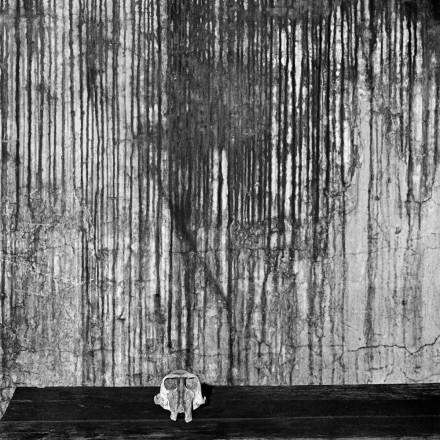 Gonzalo Bénard: Parallel yet not separated from your photographic blood you run the Roger Ballen Foundation, with which you add an important role in South Africa education for culture, with lectures, classes, workshops, dealing with people who might be a world future great photographer. Knowing by my own experience, teaching and doing workshops can be an amazing way to learn from the new ones. What do you give from you? What do you get from them? Being teaching an ex-change of minds in which everybody should learn from the others, what’s the most pleasant for you leading the Roger Ballen Foundation? Do you want to share a bit your experience on this?

Roger Ballen: The purpose of the Roger Ballen Foundation is to increase the aesthetic awareness of contemporary photography in South Africa. Unless the public becomes aware of the value of photography and begins to collect photographs it will be almost impossible for young artists to continue in this field without other forms of material support. The Foundation has organized and supported master classes, symposiums, exhibitions, and lectures over the years all of which have been very well attended.

Gonzalo Bénard: as an art-photographer I know that a serious interview about our work can get one tired, specially when we feel we already answered most of the questions people do, and sometimes we ended up giving an interview thinking: “pity they didn’t ask about this or that as it’s important”… like the importance of having a left nipple to chat with the right one. Do you want to answer to yourself? Roger Ballen: Answering to yourself is the most important activity of an artist. 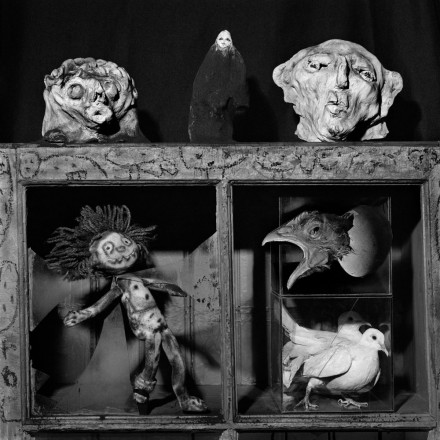 «Previous article
Notes on the Roads, by Alex Tomazatos

Next article »
Where I am now, is where I need to be, by Jonah Kessel
1 trackback on “Roger Ballen interview”