Saint-Petersburg, Childhood of many faces, by Yana Feldman 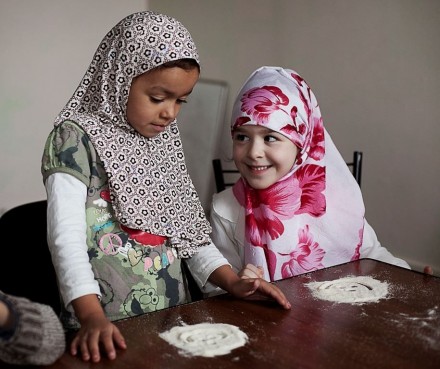 Text and photos by Yana Feldman.

I would like to present my photo project “Saint-Petersburg. Childhood of many faces”, that is dedicated to children of different nationalities in Saint-Petersburg from families where the national traditions, customs and family traditions are really saved. I started to think over this project, when I was studying on the 4-th term in Saint-Petersburg State University of Culture and Arts. Being a student (and still now) I appreciated the work of American photographer Steve McCurry. I had the idea to make something of this kind. With the kids as the main heroes of my project. However, that time I did not have clearly formulated concept of my future project.
Then one day I got spontaneously my first shot series that further on leaded to start my work.

Together with my husband, we strolled slowly in the center of Saint-Petersburg, when he saw a group of gypsies Luli, who mingled with the crowd near the market and asked for alms. I decided to make some shots. To tell you the truth – at first time I was slightly frightened to start photographing them. I understood of course that we were in the heart of Saint-Petersburg, not a Middle Eastern or Indian town, but I still have not stopped thinking that they can yell at me, prohibit to shoot, do something else like this. Luckily, nothing happened. Although I shot mainly behind the back of her father. A sort of human shield for me. 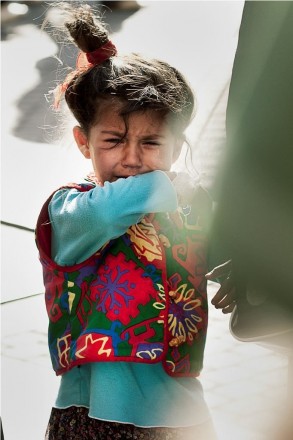 Photographs turned out to be very lively, not staged at all. I still had no idea how I should use that series for me, so I just put it aside that days.

Next heroes of my project, I found, when I was invited to reportage a holiday in the Jewish boarding school for boys. For me, it was a new experience, so I asked for permission to stay on one of the lessons to see how it looked like. I made ​​some good shots from there, one of which became lately the presentation of my project. 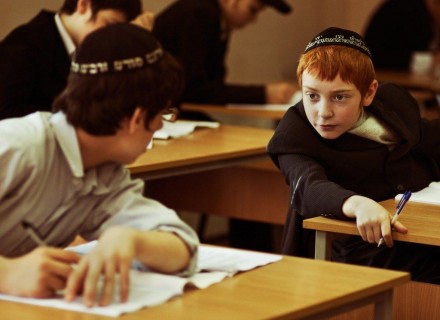 Give me a hint!
© Yana Feldman

That is probably after the second shot I have formed the final vision of my future project. I realized that I wanted to do a project on children of different nationalities who live in Saint-Petersburg. I deliberately turned down the opportunity to make shots in hinterland and/or other cities/countries. Originally is was an idea just to take pictures of children of different nationalities; further on it turned into a definitive decision to devote that project for those children who observe family traditions, culture, and any features that are transmitted in their families from generation to generation, all together at the same time living in a multinational city. Representing the people of different nationalities in my project, I want to show those children who, despite the fact that they live in St. Petersburg, don’t forget their traditions, celebrate holidays, study in special schools, and follow in their culture. In my opinion, no one can honestly convey the emotions and mood but a child.

I just tried to distance myself from a national perspective and to focus on some cultural and family values. But as it turned out – to do so would not be easy. After all, many family and cultural characteristics of families in some way connected with the national peculiarities of these same families. 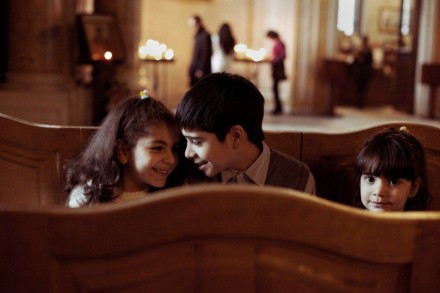 Other heroes of his project, I began to search for different ways: through a variety of acquaintances, friends of friends, random encounters. With the help of social networks in which I methodically sought out by community groups and relevant words combinations. Finding such groups, I contacted the organizers, explained to them who I was and what I wanted from them, asked to give me the contact of families with children of a certain age, and whose families follow the traditions. Many people denied participating in my project because they did not understand who I was and what I did. Yes, and judge for yourself – here is some stranger, who says that your family is interesting for him and he wants to shoot all of you (sometimes to visit your house). How many people would immediately agree to help him?

If you take the statistics – two or three persons answered me from each of a dozen messages I wrote. One or two families welcomed to become my heroes from a dozen of those, who firstly answered me. However, most of them immediately expressed their willingness to dress children in a national costume. In addition, according to my question what kind of family or cultural characteristics they observed in their family – puzzled shrug and said that they had nothing except costume.

Unfortunately, too little families keep even any family traditions (eg, Sunday dinners, recipes from their grandparents, and skills from father to son, etc.), and mind of their historical roots a fortiori. Perhaps this is because big city forces people to assimilate, to live in a different rhythm, subordinates its own rules. While searching for heroes to my project, I encountered hundreds of families who, unfortunately, could not “confirm” their national identity. 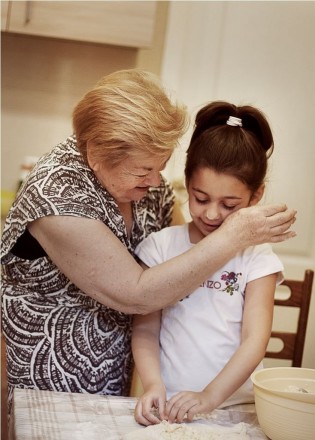 Of course, there were also positive responses. With the help of my friends, I suggested to contact a Georgian family, which as it turned out, through the generations from mother to daughter passed branded prescription hachapuri in Adjara.

With the help of social networks, I was lucky to find few more future heroes – a Tatar family, whose younger generation had settled in Saint-Petersburg long time ago, and great-grandparents lived near Kazan. However, they often come to visit her great-grandchildren, and great-grandfather (who was the religious head of his homeland) taught his great-grandson the precepts of holy book Koran with each visit. A link of generation
© Yana Feldman

In addition, with the help of social networks, and through the personal contacts I was able to meet and visit the calligraphy lesson in boarding school for the children of Japanese businesspersons and diplomats. At the Korean Cultural Center, where boys learned the tradition of drumming Buck. The Islamic center where young children from the Central Asian republics and the countries of central Africa were studying the Arabic alphabet, drawing the letters on the flour. The Armenian Church. I visited the Turkish and Sudanese families, where I could see the art of drawing with paint on the water – Ebru, as well as traditional outfits of young Sudanese girls. 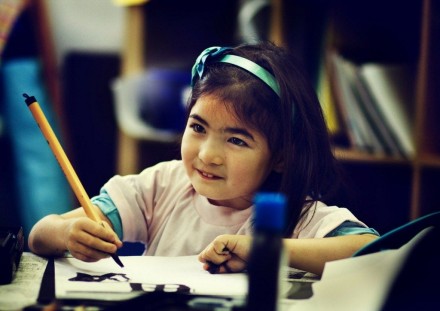 The art of calligraphy
© Yana Feldman

Random article in the newspaper about a family of ropewalkers who acted at festivals, fairs and public events in various cities of the CIS led me to be acquainted with this amazing family. Along with hundreds of other spectators, I was able to see how the young Seyfulla performed exercises on the trapeze (of course with the safety net). However, he was only 3.5 years! 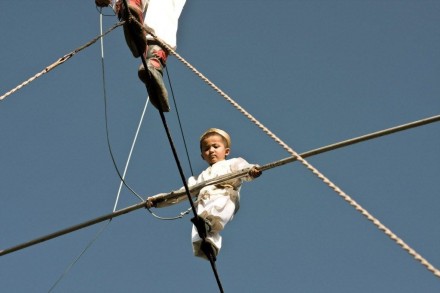 The most incredible adventure happened with me when I, accompanied by a volunteer travelled to Gypsy village on the suburbs of Saint-Petersburg. Before that trip, I had very vague thoughts who the Gypsies were, where and how they lived. In addition, of course, I could not even imagine then 20-30 miles from my house might be a big gypsy camp. I met several families, looked through the difficult conditions of their living. Nevertheless, I tried to depict on my photographs all that range of positive emotions and feelings that are unique to every kid. 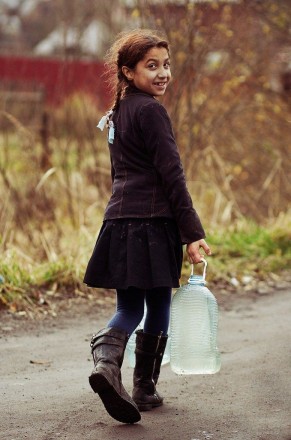 There were many other equally interesting meetings and photo series. Sometimes the natives of big city never suspect the existence of some nations and nationalities, living together with them. Even they much less know about how that people live. Nevertheless, it is worthy of attention. This will help to build intercultural and interfaith dialogue, to present and reveal the life of the representatives of different nations, to remove stereotypes and clichés from the minds of different people.

It may seem that all my heroes are ordinary children, but of different age and appearance. However, it is not true. I set myself the task to open the door to the small world of every family, to be acquainted with the culture of each character, which is stored only inside and not visible from outside. Family, lifestyle, religion – all these are just begin to govern the children and we can only guess about his future fate. 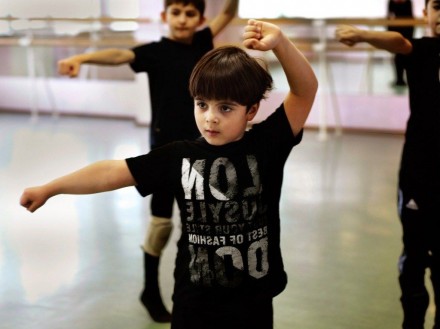 Male from the birth
© Yana Feldman

For me personally, in this project “Saint-Petersburg. Childhood of many faces” it was also important to preserve and pass on the aesthetics of the photographs. I did not make the task, and did not want to shoot and show the blood, dirt and any other thrill, which, unfortunately, sometimes common in modern documentary projects. After all, no matter what – the children always remain children. Nevertheless, at the same time, I specifically refused to shoot glamorous baby photo. Can you even suggest how family and cultural traditions in some way be related to the “puppet” kids? 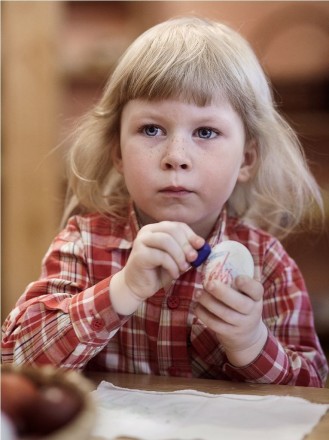 Somewhere in the middle of a project, I decided that after the diploma work I would like to continue working over this project. By that time, it had already become a part of me. In addition, when I was offered (after graduating) to hold an exhibition at the gallery of the Saint-Petersburg State Academic Capella, I realized that I was ready to exhibit my project to the vast audience. I started preparing for the exhibition, which also became my first solo exhibition. The exhibition opened in mid-January 2013. A short time later, I was offered to present an exhibition in Minsk.

From myself I would like to wish all the readers: look for unusual ideas, do not dwell on the simple. Having found an exceptional story – in any case do not give in to difficulties! After all, the more ambitious and more complex you set a goal – the more pleasant you will be, when achieve it! 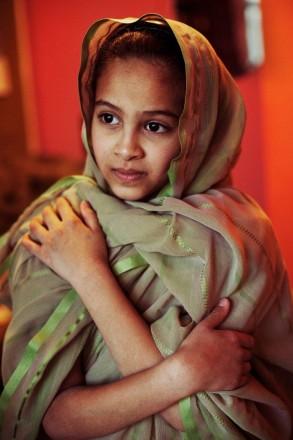