May the Road Rise to Meet You, by Sara Macel

Tags: Memory • on the road • travel 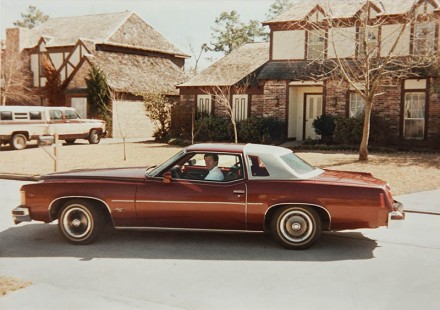 Text and photos by Sara Macel.

For years, I traveled on road-trips throughout America taking photographs. Only recently did I make the connection between my desire for the road and the fact that my father, for the past forty years, has traveled these same routes as a telephone pole salesman. In the age of cell phones and data-reception towers, telephone poles, as both components and symbols of communication, are less vital than they once were. As my father is reaching the end of his career, the traveling salesman’s role in society is also entering its twilight.

My project, May the Road Rise to Meet You, explores the life of a businessman alone on the road. The initial goal was to create a visual narrative of the past 40 years of my father’s professional life, separate from our shared family structure and experience. My father is a man defined by his job and devoted to his family. Considering how much time he spends on the road, he was remarkably present during my childhood. Only occasionally did I really feel his absence, and as I got older, I became more and more curious about where he went when his car pulled out of the driveway. When he announced to the family that he plans to retire in a few years, I knew this could possibly be my only chance to get in that car with him. 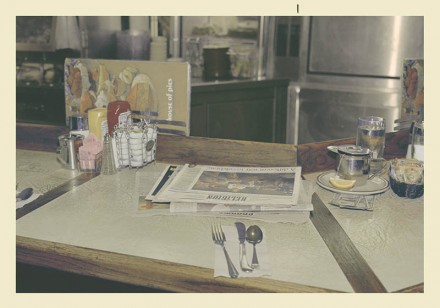 To tackle the enormous task of creating visual imagery to represent an entire life on the road, I approached this project from multiple angles. I re-traced my father’s steps by going back to places he visited and photographed places he may have passed along the way. Meanwhile, I traveled with my father and documented him on the road in present day. I also collected ephemera from his home office and created my own ephemera that represents or comments on my perception of the life of “the salesman.” 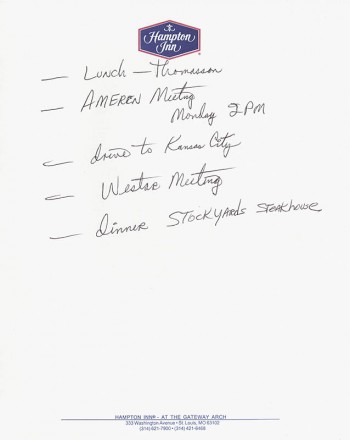 Elements of fact and fiction play a significant part in both my image-making. By going to places my father may have visited in the past, I am attempting to put myself in his shoes. Some of the scenes I photographed are based on stories he has told me over the years and notes I found in his files; others are a mixture of my imagination and the portrayals of salesmen from movies and television. Since very little photographic evidence of my father’s work life exists, popularized images of traveling businessmen work to fill in the blanks in my imagination and memory.

By digitally altering some of my original medium-format photographs (as in “House of Pies, Houston, Texas”) to match the look and feel of old snapshots, I am imagining that this collection of snapshots belongs to my father and was taken on one of his trips away from home when I was a child. Combining actual ephemera (the motel notes he wrote to himself, for example) with fictionalized ephemera (my digitally-aged medium-format “snapshots”) is another way of retracing his steps and building a collection of tangible relics that represent his life away from home. 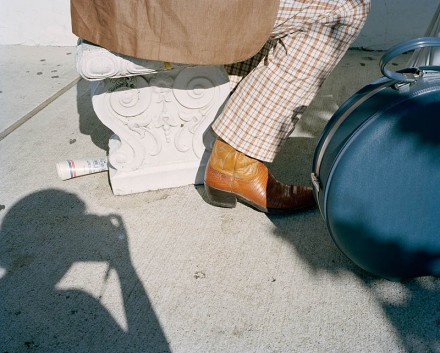 As much as I am channeling the past through my father, I am also trailing the ghosts of earlier road-trip photographers. The genre of road-trip photography has been well-explored by Robert Frank, Stephen Shore, Joel Sternfeld, Alec Soth, and Justine Kurland, so it has been a challenge to bring something new to the table. My favorite road photography projects were created by men and communicate a sense of freedom and male wandering.  And even in Kurland’s This Train is Bound for Glory, the road sings its reckless siren song. I find the experience of being a woman alone on the road to be very different.  When I travel, I feel a sense of freedom and desire to throw caution to the wind, but there is also an unmistakable fog of vulnerability. It is a fear that has, at times, held me back from getting the shot I want and left me wondering how or if the situation might differ were I a male photographer. This project allowed me to channel those desires by experiencing the road from my father’s perspective, and in doing so, combine the genres of road-trip and family photography. 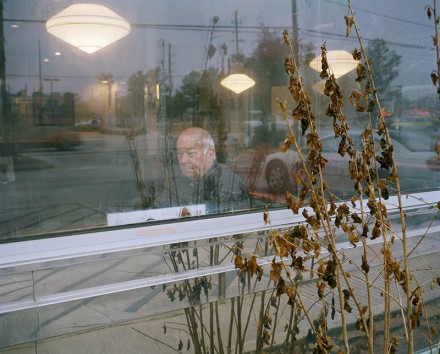 My dad has a motto for almost any situation. On one of our road-trips, when I asked him about dealing with customers, he told me: “There’s always that old saying that you don’t know someone until you walk a few miles in their moccasins.” When I started this project, I set out to rediscover my father as a man separate from his role in our family and explore the alternating sadness and freedom of a life spent alone on the open road. What I found in chasing this initially elusive male figure is that I can never fully know my father or what it is like to be a man alone on the road. 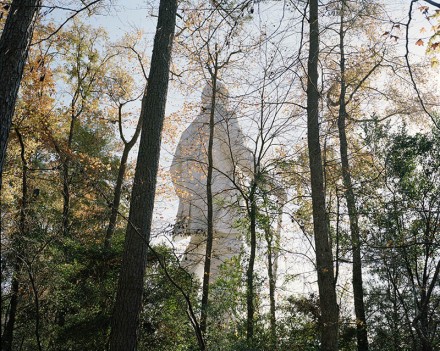 The title of the project, May the Road Rise to Meet You, is an old Irish blessing often said in my family. I believe it resonates for us because my father is so often away from home traveling on the road alone. For years, there has been a ceramic plaque in my parents’ kitchen, just above the stove, that says: “May the road rise to meet you / May the wind be ever at your back / May the sun shine warm upon your face / And the rain fall softly on your fields / And until we meet again / May God hold you in the hollow of his hand.” 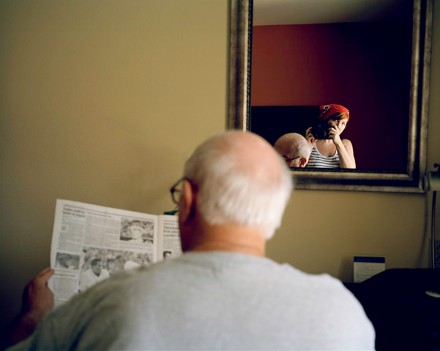 Me and Dad on the road, San Antonio, Texas
© Sara Macel

In the end, this project became less about the American landscape or traveling salesmen or Robert Frank and more about distance: the emotional and physical distance between me and my dad, the vast expanses of land he travels to this day, and the memories of that brief little stretch of time when we got to travel together.

Tags: Memory • on the road • travel

Next article »
Bonneval-sur-Arc and the End of Winter, by Steven Nestor
2 comments on “May the Road Rise to Meet You, by Sara Macel”