An Experience of Analogue, by Robert Jackson 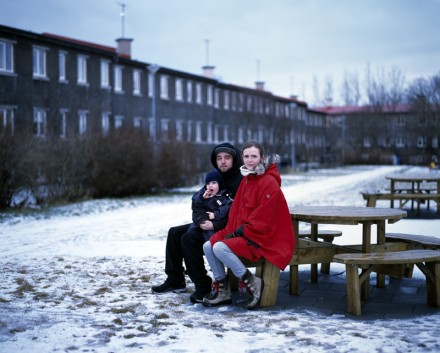 Text and photos by Robert Jackson (The Lens Collective).

Having worked predominantly with film, analogue photography seemed a logical topic to elaborate and compose some thoughts on. In a world where generating images seems almost innate, the idea of challenging photography as a medium appears more relevant than ever. In a fast digital developing world, is the choice of using analogue one that begins to challenge photography as a medium, whether it is used for its aesthetic or purely the process involved? This piece does not aim to reproach digital photography in anyway, in context I think every medium has its relevance, but describing my experience in the transition of using analogue throughout my most recent project ‘Verkamannabústöðunum’ its one hopefully worth sharing. 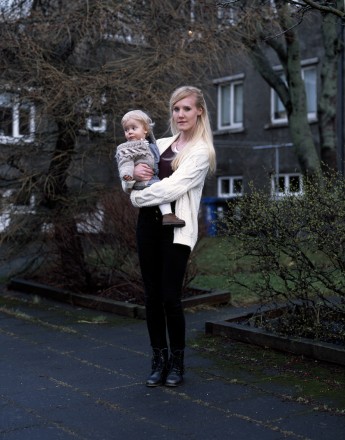 Verkamannabústöðunum was the first state-subsidized development of workers housing in West Reykjavik. Built in 1931 for a working class community of Reykjavik, the apartments saw host to individual bathroom space and electricity for cooking, which was a rare occurrence. With the functional principles employed in the design of the apartments, it is noted as an important stage in Reykjavik’s architectural development. The series explores the life of individuals and families who reside in Verkamannabústöðunum, observing their relationship with their surroundings.

Working with a a medium format camera using a waste level view finder, my opinion is that this combination contributes to a very specific approach. To begin with there is a level of intimate interaction that presents itself, which can help to build a relationship between the subject and photographer, which I believe is partly due to the equal concentration between subject and camera. The idea of using film in this method is an aesthetic choice as well as the process it encourages, for me it slows down the way I look at the situation and stimulates a response in regards to what I’m doing, it’s always productive to question why. For these reasons alone the analogue approach is one that to me, suits ‘Verkamannabústöðunum’. With documentary and narrative genres, when working with subjects there can be a barrier between a subject and photographer, where I find there is an essential need to deal with in a way where the subject offers something to the viewer. However I would say this is the photographer’s job to do so, one in which I find the waste level view finder can do so by stimulating a response from the subject. The way in which the viewfinder encourages interaction between you and the subject, for me allows the subject to become more involved in the process. Whether or not it provokes a perplexing response, it is more often than not a contrasting but intriguing process as opposed to what people may expect. 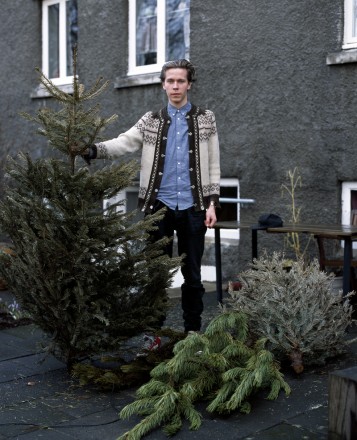 I think it is worth elaborating on the idea of film being a slow process. A problematic issue with digital photography is its accessibility, which encourages endless amounts of capturing and possibly less criticizing. Technology in the world we live in seems to be competitively driven around speed and efficiency, I find it slightly humorous talking about the ascendancy analogue cameras nurture. Whether you are working on large or medium format, the amount of shots in relation to speed is slow, be it loading with film, rolling onto the next frame or focussing the shot, there is no real way of obtaining a fast approach. I have learnt a lot in the transition from digital to analogue, working with only 10 frames I have become more aware of photography and the discipline analogues installed. Perhaps not necessary to all practice but treating photography as a craft and challenging how it can be used leads to developing bodies of work further and really pushing it as a medium. Of course this process can be used with digital but analogue plays an important role in teaching or uncovering the actual discipline. In my work there is a very similar process in the act of crafting a portrait, to the craft of painted portraiture. The element of time for me is what links the two together, despite being dissimilar in other ways, the same consideration can be installed working with film, the stuff can be very unforgiving and unless you like this element, then I think we all try to work around it by becoming more focussed to the elements of a portrait. 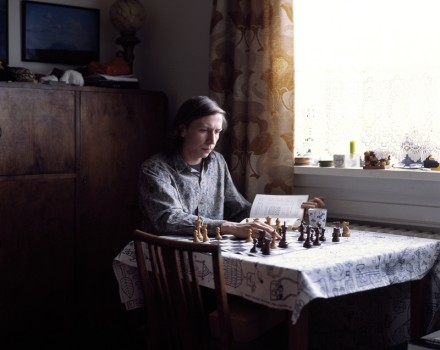 What I found intriguing in this project is the curiosity value film lends itself too. I think producing projects whilst sending off film to be processed always creates an instinctive response, but producing a project where you aren’t able to, keeps the brain ticking over, thinking productively about what may take the project forwards or what is missing. This is exactly the case in ‘Verkamannabústöðunum’, I spent a month reeling off near a film per day struggling to gauge a wider picture of the series. Of course it would have been more practical to view work whilst producing it, but there seems to be a romantic element that heavily existed in photographs like Robert Capa’s, where you produce work that technically doesn’t exist until it’s processed. That’s a scary thought isn’t it? The curiosity element experienced seems to be an extremely natural one, prompting an instinctive response and breaking away from really constructing a project. Of course I think a project benefits from constructive viewing, able to respond and elaborate, but the natural spontaneity which I really value could maybe be missing. 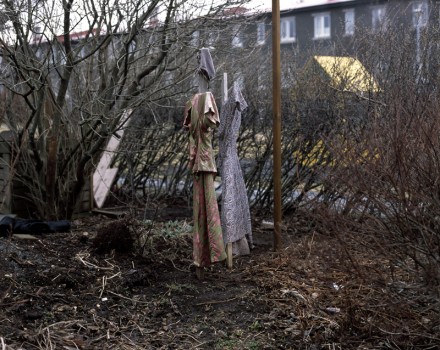 To conclude, I think the use of analogue photography has helped me to challenge photography as a medium, in a stage where taking photographs is second nature. To summarise this point in brief, my main conclusion is that analogue photography creates a response to the camera, and to question what is happening. Nothing is as simple as turning the camera on and pressing a button, to use the camera. There is a need to understand shutter speeds, aperture and ISO and for me I only understood this when I began to use analogue more, because it felt I had to. Of course I think there are many ways to challenge photography as a medium but using analogue for me, does so without almost thinking about it.

Please visite The Lens Collective for more photos and stories. 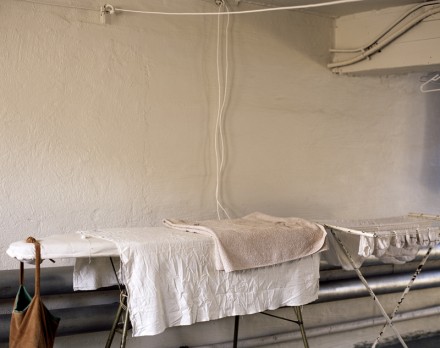 «Previous article
This is Shanghai, by Rob Whitworth

Next article »
Russian Palimpsest, by Max Sher
1 comment on “An Experience of Analogue, by Robert Jackson”