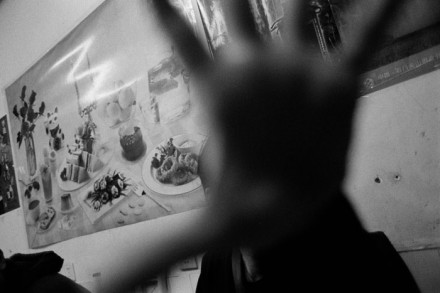 Yuhui Liao-Fan: What does “photography” mean to you?

Rian Dundon: Photography for me means taking an active role in the world. It means dedication to the pursuit of something meaningful. And it means confronting ourselves with notions of truth that are not always comfortable or of tangible benefit. Photography means reaching a state of vulnerability within oneself and recognizing that vulnerability in others. 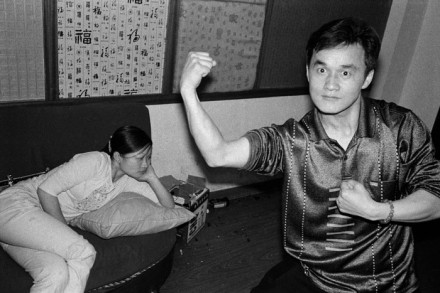 Yuhui Liao-Fan: Can you write a biographical introduction?

Rian Dundon: I was born in Portland, Oregon in 1980. December 23. Grew up in Monterey, California. Earned a B.F.A. degree from New York University (Photography and Imaging: 2003). I’ve lived in China on-and-off between 2005 and 2010 working as a photographer and consultant. I’m currently an M.A. candidate at University of California, Santa Cruz (Social Documentation: 2012). 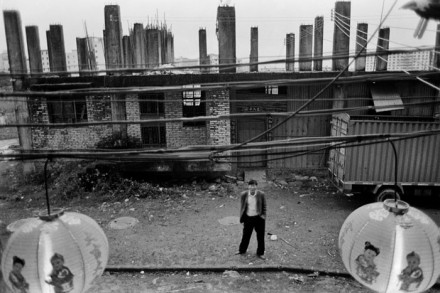 Yuhui Liao-Fan: What is your history as a photographer?

Rian Dundon: I started photographing in high school and pursuing it full-time since shortly thereafter. At some point while at university I narrowed my focus to working on more long-term documentary projects. Most of my current work continues to be this type of socially engaged documentary photography. I use photography as a form of participant observation and as a means to enter social realities different from my own. 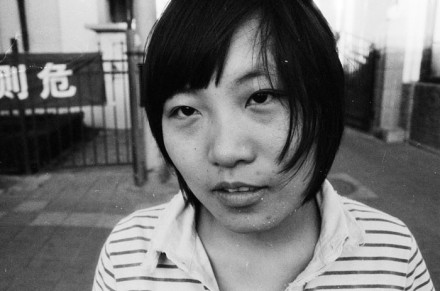 Yuhui Liao-Fan: Can you describe your work? How would you define your photographs?

Rian Dundon: I’m trying to embrace people with my photographs, trying to hold on to people in my work. Perhaps this is an impossibility, but I’m always pushing towards a certain depth of intimate meaning in my photographs. I’m desperately searching for something I know I might never find. 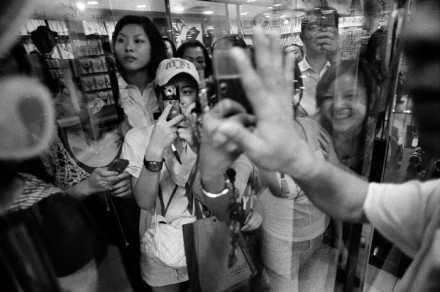 Yuhui Liao-Fan: How do you approach peoples? Do you ask them if they accept to be photographed or you try not to be noticed?

Rian Dundon: It’s always different but in general I try to get to know the people I photograph. I don’t hide: there is always some kind of interaction or relationship between us.

Yuhui Liao-Fan: What is their typical reaction?

Rian Dundon: I believe most people genuinely like to have their picture taken. 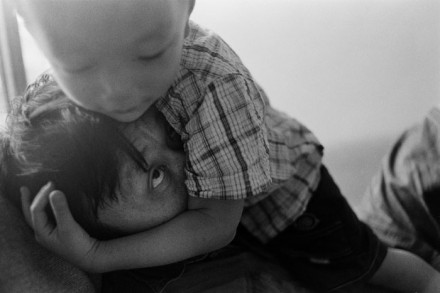 Yuhui Liao-Fan: Do you think that the fact you are a stranger makes easier to take photos of people? Or it’s the contrary?

Rian Dundon: I try not to be a stranger. The people I photograph are people I generally spend a lot of time with and become very close to. Being a stranger in a foreign country is difficult but it also allows me to open myself to new people and experiences in a way that is hard to do at home. 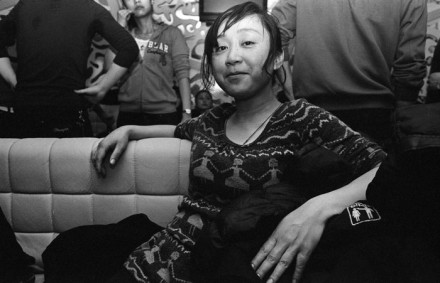 Yuhui Liao-Fan: In your series “Chinese youth” you explore the experience of young people in Mainland China. Do you think that there is a fundamental difference with the youth from the western world? Or on the contrary all human beings today share the same experience? Does geographical differences are still important or the world is globalized?

Rian Dundon: That project was looking to explore universal themes of youth and self-identity: not necessarily just those brought on by globalization, but the deeper emotional experiences that we all share. That being said I think there are many important factors that shape and differentiate the lives of young Chinese. There is no single Chinese youth identity, but I do think that socio-political influences have helped shape and dictate the structure and experience of this generation of Chinese youth in particular. 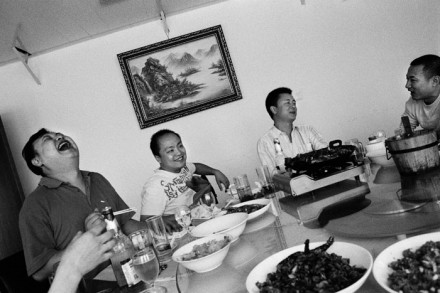 Yuhui Liao-Fan: Your work sometimes show difficult situations. For example “Addiction in Kunming” tells the story of heroin addiction and AIDS infection in the Yunnan province. Sometimes, here in Europe, we have the impression that the Chinese government tends to control all the informations and hide the negative news. Did you experienced any form of pressure from the authorities? Hod do you deal with this question?

Rian Dundon: I never experienced pressure or threat from the Chinese government. The Yunnan work deals with difficult issues but it’s not explicitly critical of state policy. 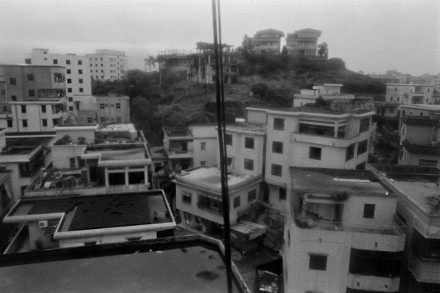 Rian Dundon: It’s all film. I do minimal manipulation, try to keep most of the tones in a print or scan. Always full-frame (or close to it). I shoot almost everything with one lens and one camera. I try to minimize technological variables in my work. This process works for me, it keeps things simple. Yuhui Liao-Fan: Are the technical aspects that you mentioned important or is what really matters only the final result?

Rian Dundon: Of course final results depend on formal and technical aspects, as well as the theoretical. Everything matters equally. In visual art the way we physically create a final product is as important as the ideas behind it. One cant exist without the other. Yuhui Liao-Fan: Can you further describe your relationship with China?

Rian Dundon: As I said I lived in China on-and-off between 2005-2010, first in Hunan and later in Beijing and Shanghai. Originally my girlfriend had gotten a job there so I moved with her. I like China very much and speak Mandarin OK. I keep going back to China because of the good friends I’ve made there over the years. And the food is quite good. Yuhui Liao-Fan: Do you think it is fundamental to live in a big and important city, or -for example thanks to Internet- the city in which you live is no longer a constraint?

Rian Dundon: Many places are interesting and unique and important in their own ways. Some people prefer to live in large cities, some the countryside. The Internet has nothing to do with the tactile reality of inhabiting a place. Yuhui Liao-Fan: Do you think it’s important to have a website? Is it is essential to have it translated into various languages? How the Internet contributes to the spread of contemporary photography?

Rian Dundon: Having a website is not nearly as important as making prints and looking at them. The Internet allows our work to be seen by a vast transnational audience. But as that audience slowly becomes immune to the subtleties of photographs the Internet can also cheapen the impact of our images. I think people are less capable of connecting with photographs now. We see too many images (and as photographers we produce too many photographs). Our visual sense has dulled. I think photographers should make less pictures, but smarter ones. We need to spend more time looking at our images and thinking about what they really mean before we throw them up on the Internet. Make prints first, then worry about a website. 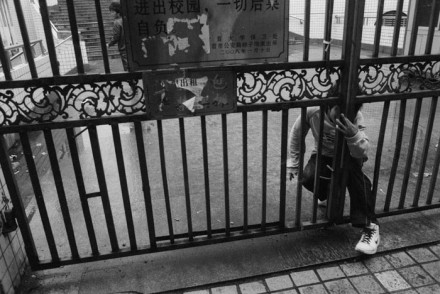 Yuhui Liao-Fan: What are your sources of reference for contemporary photography in China?

Yuhui Liao-Fan: Can you tell some names of Chinese photographers that you particularly like and why?

Rian Dundon: Zhang Hai’er – Intimacy and closeness with people. I haven’t seen much of his work but what I have seen is beautiful. Li Yu and Liu Bo – Their project “13 months in the year of the dog” is fascinating. Zhou Hai – Atmosphere. 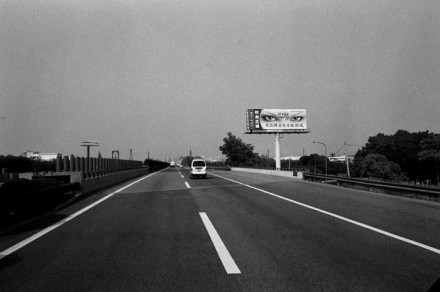