The End of the Game, by Gianpaolo Arena 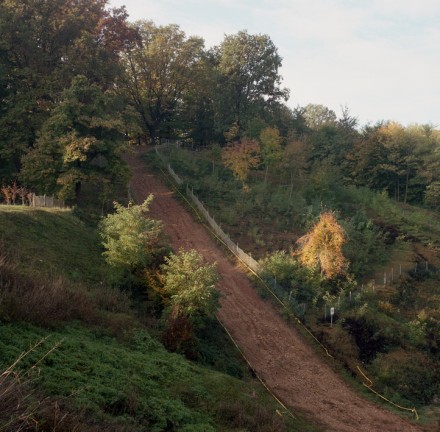 I move forward through the woods in the early hours of a warm November’s day. The leaves and the trees still severe and hardened by the sharp chill of the night search for the comfort of the first feeble rays of the morning sun. The light gets weakly into the thick vegetation. The soil is hard under my feet.

Looking around I realize that the trees which create this woods are little signs revealing precise signals. Soon afterwards it appears me clear that I move in a decomposed cobweb that connects places, acts and people. Such as the pages of a book to read and interpret, I wander with an interrogative air, endeavoring to decipher these marks, but without renouncing to the momentary abandonment of the suggestiveness and emotionality. 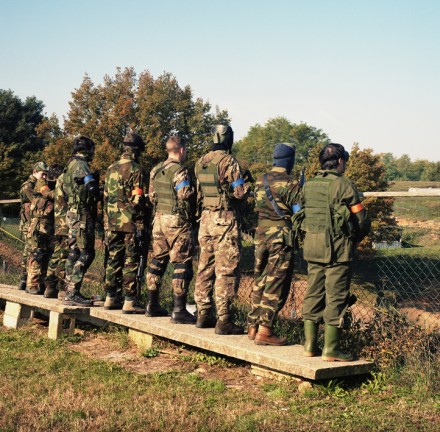 Among the nets of a vague human geography emerges the figure of this closed ecosystem, the Montello, an hilly relief rising to the South of the present course of the river Piave. It has been an area wounded and marked by the inexorable course of history: in the sixteenth century rich reserve of oaks for the shipyards of the Serenissima, in the twentieth century theater of sanguinary conflicts in the final stages of the first world war. A place frequently and for long told by literary men: from Monsignor Della Casa who, guest in the abbey of Nervesa now destroyed, wrote the famous Galateo, to Giovanni Comisso and Andrea Zanzotto with his Il Galateo in Bosco. In 1959 it is the setting for La Grande Guerra of Mario Monicelli…

Nowadays as in the past times it is still a place of economic facilities and numerous hiking trails. A tourism, whether Sunday or weekly, occupies and crosses it with alternate frequency. A wonderful place, for those escaping from the urban rhythms and wishing to spend a day outdoors, and for the natives who now have very much in common with the urban citizens.

The dynamic changes of history allow me to go over again with my mind some stages, to grasp some parts of it, to acquire knowledge with relation to the things, to the physical effects and to the processes. I am encouraged almost to touch with my mind what it was and what it has been. Hypothesis, memories, inklings, evidences are miniatures and details which emerge around me when I am walking among the trees and suggest me at the same time a story of routes, relationships, plots, existences, fates. I walk on the bare earth, an earth made also of bones. The rocks and the stones describe a microcosm able to tell, without slobbers, also other things. 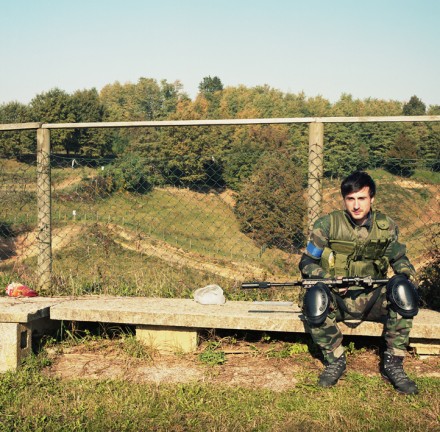 While I am lost in my thoughts and I driven by the sensations and the emotional fervor I feel the echo of some distant voices. I approach following its flow and I see a group of soldiers in the distance. After a first rapid and curious look, I stretch out my eyes on their shapes and I recognize the outlines of some children. That strange and heterogeneous aggregation puts together people of different age and social belonging. Their presence inside the woods, early in the morning, in a period of relative social rest is quite unusual. They all wear the same cloths and have the same accessories as soldiers ready for the foreign legion. Jackets, trousers, amphibious shoes, belts, glasses, gloves, knives, guns are the distinctive characteristics which make superficially these people a group. But at the same time their being individuals is made monotonous and undifferentiated by their uniforms.

I follow them as they move and scatter through the woods in search of space, clearings, natural physical efforts to their wish of action and movement. A motocross track, during spring and summer days, occasionally is occupied in another way. The wounds inflicted to the earth by the wheels of the motor-bikes change appearance and forms. The immobility and the static nature that characterize the skin and the body of that place, and that make it so from hundreds and thousands of years, become sudden and unpleasant movements. Under that wood’s eyes an unexpected and insignificant change is taking place. An unintentional dance begins, disordered and irregular. It is the game of the war. But at the same time it is the end of the game. 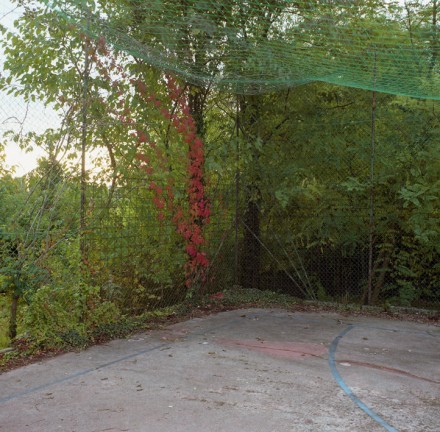 Cain and Abel (by Steve Bisson)

Man seeks nature, from immemorial time, he is part of it. It is a widespread need, made clear and indisputable. In the course of time he baited asymmetrical actions and rarely steadfast processes, sometimes conflicting.

A short time ago my friend and photographer Gianpaolo Arena asked me to write a thought on a series of images realized in the Montello. It is an hilly area where in the past woods have supplied the raw materials to build the foundations of what remains one of the most extraordinary city in the world: Venice.

These photographs portray some men disguised as armed fighters, busy to personify a kind of war game. After all, who as child didn’t dream to make war? Certainly costumes and arms were a lot less technological and sophisticated, but after all our outlook of the world as adults is not so far from those easy distinctions between cops and robbers, between good and wicked. The figures of Cain and Abel always divide history into halves. 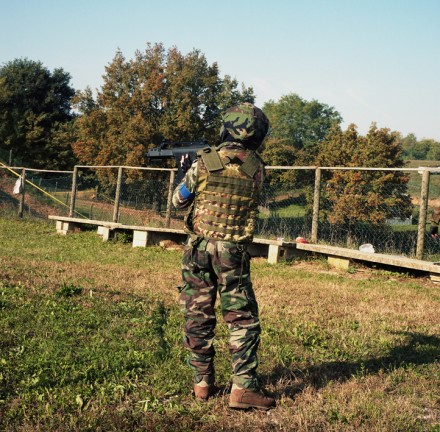 But as a matter of fact the affair is not so simple: there are no women, and the verisimilitude with the real soldiers masks something of disquieting. Is it again a question of a simulation?

As people grow up the game becomes “free time”, it is not longer part of our jocose and innocuous way of living the day and the relationships with the others. It becomes marginal activity and loses the typical innocence and naturalness of the childish age. More than a power exhibition it is a question of the attempt to free repressed instincts and wishes, or even more, to give outlet to frustrations and disappointments.

So nature is not only a background, but it becomes again the mother who embraces, a refuge where to camouflage. This photographic sequence shows us also the end of the game traditionally understood; that is the loss of naturalness. Not by chance the research of Gianpaolo Arena goes forward the theater staged by the sundays rambos, to portray basket grounds devoured by the grass and past games abandoned by the children “grown up”. Through this seesaw between present and past we can read the signs of a modern evolution of the game attitude. Less intuition, simplicity and imagination and more calculation, malice and imitation. 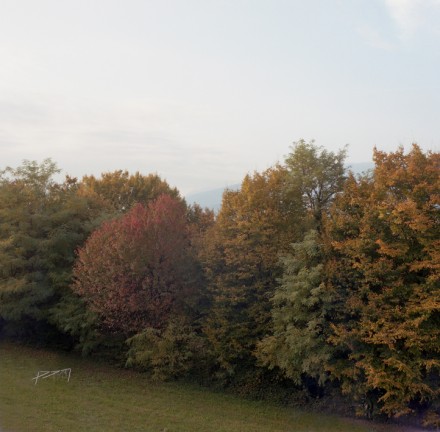 Next article »
Between In and Out, by Xiaomei Chen (陈小枚)
3 comments on “The End of the Game, by Gianpaolo Arena”