Londoners over the border, by Elettra Paolinelli 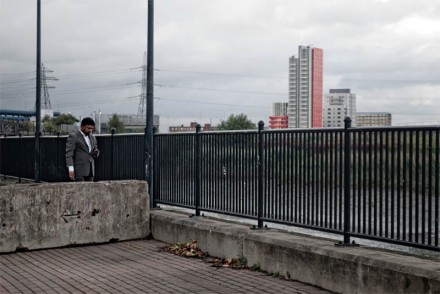 An Internaut constantly looking for objects of interest, rather than rummaging through multimedia information acquired on Google, Youtube and Facebook, I searched in the world. 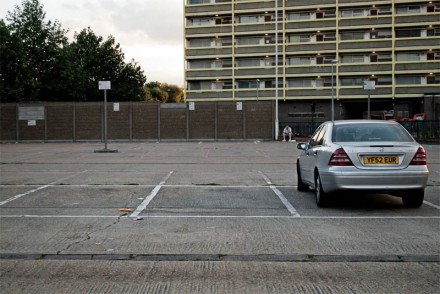 Manovich argues that the world today is an endless and unstructured collection of images, texts and other data sets; and so I found in the world the database for telling my story, a story about Absence, a story about the Vacuum, a story that describe Lack. This is the story of a “Gap”, a story about Alienation.

I lived in London, in Canning Town, East of the City. 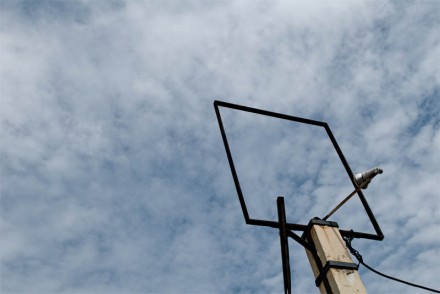 Every evening I came home tired and with red eyes, like me throngs of commuters on the subway crowded the claustrophobic space. At Canning Town station almost everyone alighted, and there the overwhelming flow of men and women divided. Many went my way, but no one spoke and all of them continued to walk quickly, as if there was someone following them or if it was beginning to rain, each with his face lowered, many wearing headphones.

Sometimes I intercepted the tired eyes of those people-zombies, and in that fleeting moment I could see a glimpse of their sad soul; someone drank coke standing up, approaching the bus stop; others chatted on the phone or read the evening paper, but no one ever talked to me.

That mass of diverse people dispersed through the narrow streets, entered sweaty homes, and were swallowed up by lifts that seemed hungry snakes, but no one spoke a greeting, no one tried to smile, no one knew each other. 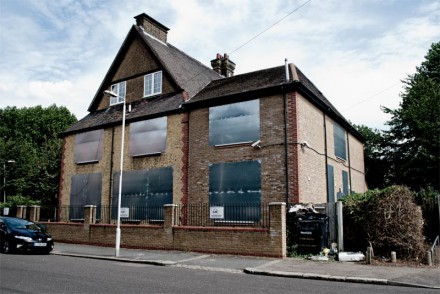 On the way home I breathed the acrid smell of smoke of the nearby, I felt the sizzle of electric cables upon my head, and the sneakers at my feet rhythmically scraped the asphalt, I could see the lit windows and silhouettes of people moving in those rectangles of light, as if they were photographs in motion, but they were all alone, always.

I could see micro-stories, micro-worlds dispersed in a jumble of confusion and desolation, I saw humans beings sad and lonely and not able to create relations, each in his shell, his little “monad”, his own room. 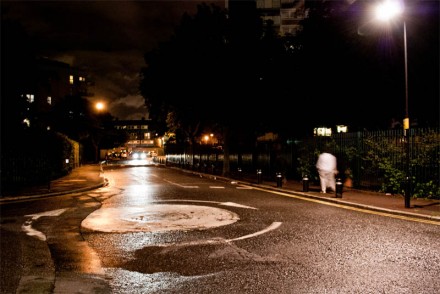 The memory I have of these places and that I tried to narrate through the photographic medium is a coarse memory, crude and cruel, mindful only of what is not in the measure of man, mindful only of the chaos of those quiet nights, of those paradoxical places, places where silence is deafness.

My perception of this district was tied to the concept of sweet violence, quiet anxiety, silent screams. 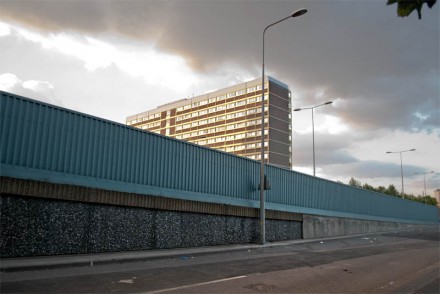 How could I tell this story? Photography became my only means of telling of an exasperated, desperate reality.

The visual impression that Canning Town gave me of itself, was of a piecemeal and disjointed place, without structures, a homogeneous mash of local singularity, randomly distributed. 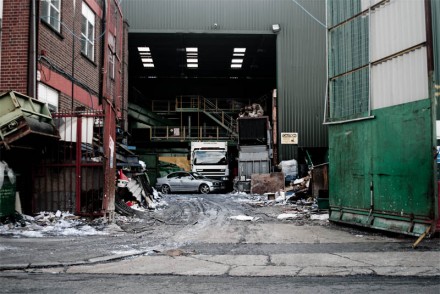 In my opinion it was similar to an opaque landfill, impenetrable to the eyes, a place of chaos, where traces were confused, bodies and signs disappeared.

Only Photography could stop the only moments of meaning, in this liquid and magmatic landscape. 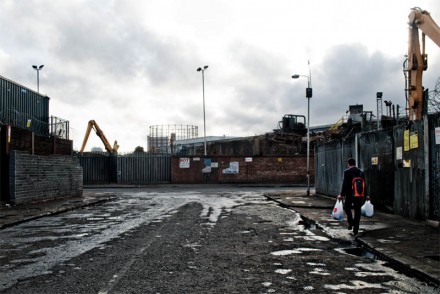 During the day I retraced the geography of Canning Town in a wavering manner, which, however, was building an overlay of stories, a layering of lives and events that gradually became legible thanks to a reinterpretation of these, in a photography key .

This “London beyond the borders” had to be first of all perceived, inhaled, lived out, and only in a second moment told through photography pictures. 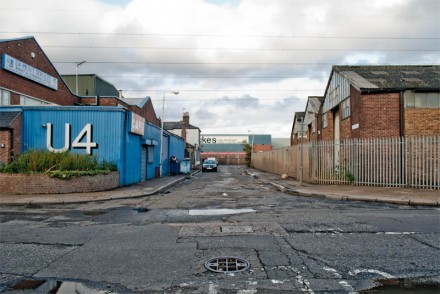 Only by experiencing these places I could fully understand their soul, their essence, their history, by locking them in “frame” through my photos, as if it was a film that I needed to stop to understand, digest, see, discern. 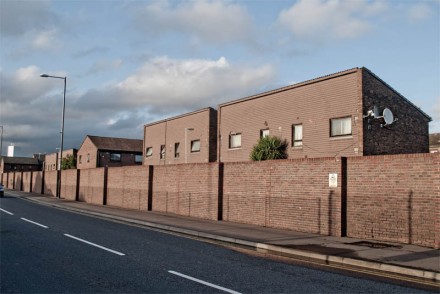 I wandered around with my camera through streets and flyovers, residential areas and skyscrapers, looking for an impossible homogeneity, and by documenting the crazy city planning, the neglegt of the communal areas, the building of private fortresses.

In this borough, no one was neighbour to anyone, and every house, every person was a single entity, separated from the context; nobody knew anyone, and everyone carefully avoided each other.

Each house showed at least two or three large satellite dishes, as if they were pirate flags waving from rooftops, someone had even bricked up windows on the lower floors. What made them afraid? This dormitory-district during the day turned into a ghost neighbourhood, where rare human appearances marked my slow pilgrimage. People looked at their feet, looked at messages on their Blackberry, but they never looked around. But I, I frequently stopped, I looked at the houses, at the empty streets and I took pictures, I had the impression to be the first to turn my attention on those marginal places.

I felt like an explorer that for the first time samples the virgin jungle and, as such, I was trying to understand the habits of its people, their customs and traditions, so different from mine. But every effort of understanding was vain, each contact abruptly interrupted. In this optical noise in which relationships disappeared and with them the context dissolved, in this area without memory, in which all phenomena became virtual, I thought that it was pointless to look for meaning, because it would only generate ghost meanings, pure hallucinations, caused by the inertia of perception.

The act of photographing became more and more an act of documentation, and I surrendered, with ever more urgency, to the demonstrative power of Photography, to its innate ability to pinpoint reality, to just say “Hic et Nunc”. I didn’t want to interpret what I saw, I just wanted to say, “This is what is happening here and now”. I just appealed to the technological unconscious of Vaccari, but my soul being there and engaged it could not be uninfluential on the outcome.

As according to the quantum mechanics principles the observer affects the experiment, so in my shots there was much more of “me” than I wanted.

And yet such a way of intending photography, perhaps the most primeval, which had the illusion to capture the pure and simple truth and instead proposed very personal visions, is perhaps to be considered today the most effective in describing reality, a feeling, an intuition indescribable with words.

In my reportage, when words became fallible in describing what I saw, the pure photographic image became for me the only possible way of narrating reality.

Text and photos by Elettra Paolinelli. Next article »
Strawboys, by Gráinne Quinlan