Model behaviour: the story of Linda, by Natalie Dybisz aka Miss Aniela

Share:
Posted by Natalie Dybisz aka Miss Aniela on 2 May 2012 | 5 Comments 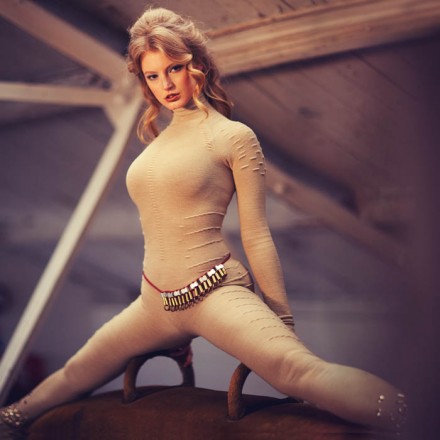 Text and photos by Natalie Dybisz aka Miss Aniela.

I recently shot a model like no model I have ever shot before. Her stage name is Linda. She was one of the six models we hired for a fashion shoot in London.

I hired her as ‘the blonde’ of the group. She was the first of the set to be confirmed. She looked satisfactorily attractive, pleasant and serene. She turned out to exceed all expectation, wildly.

Perfectly, she was appointed by the stylist to wear a catsuit on the day. This was fate. It was worth not having met this model for so long (I’d had her bookmarked for months) for her to wear this outfit, in this way, on this day. A catsuit that would allow her to move in a manner a dress would never even see; more poses than I’d ever seen a model able to do before, even upon its in-built, heeled wedges. Checking her reflection in the mirror and stretching out of the styling room in a way I found amusing, I didn’t realise her gymnastic potential though I started to see quickly how confident she was to display it.

We started in a cluttered corner with an overly-bright flash, but drew away to play exclusively with a couple of very appropriate pommel horses, over which she instantly started leaning, laying, doing the splits, and then, whilst I was tweaking my camera settings, springing up and hanging from the bars over the room. 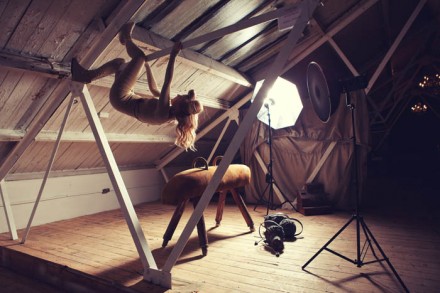 I was rather taken aback. I changed tact. I suddenly felt as if I was shooting wildlife. This was all about capturing her. I turned off the flash and switched to my 85mm lens to shoot with natural light: her sitting, splaying, hanging, with boundless energy. The wide open aperture isolated this cartoon of a woman in her element.

When I work on a shoot, I never quite know what I’m doing. There is a perpetual gap between intent and outcome that I’ve learnt to embrace. I just try to make sure the elements I like in the shot are allowed to have a chance to feature in varying different ways, and the ostensible distractions or things I don’t like so much can be reduced: the two opposing forces drawing in slowly, as the shoot meanders, that’s if I even get an idea of the attractions or distractions. I considered how to accommodate what is required for one of my ‘surreal fashion’ composites: I shot tilts up and down to make potential wide photomerges for weird workings. I dragged in props upon which I painfully pondered. But Linda was moving quickly, quickly even over the lamp heads I placed at the feet of the pommel horse, and ideas shot past like cars on the motorway, with me standing in the central reservation wondering which one to chase after. So I just shot, and shot what I could. Sometimes I missed a pose from changing a lens or moving an object. I did not like the idea of blur but it was brought upon some images in a way that anchored the moment. 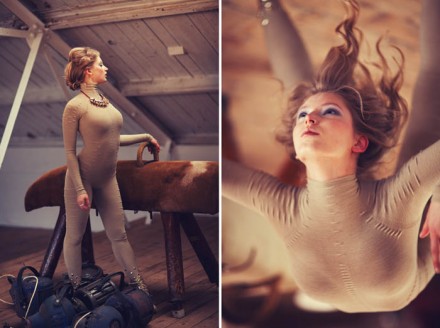 The shoot turned out to be quite like no other I’ve done. On reviewing the images afterwards I realised this was not about transforming the shots into composited surrealism. She herself was surreal. She herself was, and is, a spectacle, a walking illusion. The pictures are not to be chopped and changed and contrived. The model herself commands something else. A model that powerful redefined the purpose of the shoot. My purpose was to record her, to immortalise her in pixels, and not to mess too much afterwards with what is ‘happening’ in the image. I deepened the tones, enriched the curves to meet the flamboyance of her own curves; exaggerated the warm beige hue in a slightly comic-book aesthetic, and stitched together images for a panoramic view of some scenes. But airbrushing seemed… sacrilegious. Maybe she was already too close to a hyperbolic, hourglass perfect. At least, for these images, there was a line that said – do not cross. 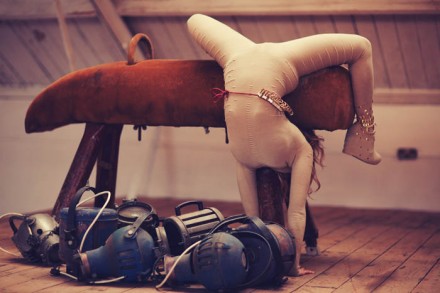 Almost every picture of her became a valuable piece of evidence of that shell-shocking hour with her. It was like reviewing a series of shots of a fledgling star, the redolent pages of a book displaying candid pictures of people of legend. Every imperfection: every blur, blemish and bulge, became part of the story. Looking at the images was literally like having the privilege to keep looking at her unfathomably acrobatic, sultry performance. 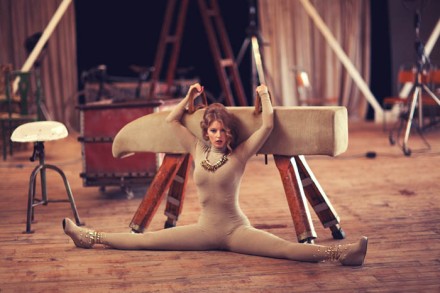 I felt wonderfully lucky to have discovered someone whose performance fed my creativity to an extent that made me want to arrange another shoot with her as soon as I could. As a model for my own self-portraits, I felt (inevitably) slightly sapped of enthusiasm at the prospect of posing for myself again, when I had her form etched in my mind, as well as in the folders on my laptop where I had over 50 images of her marked out. This was not just the thrill of shooting a flexible model (I’ve always wanted to shoot a dancer in motion) but the combination of suppleness with sassiness, as a recipe for pictures to blow the mind. Even pictures of the most photogenic models can be duly demanding of exaggeration. Most models do as they ask, some try to contribute with learned poses, and others excel to the point where they literally throw a confetti of ideas and inspiration over a speechless, overwhelmed photographer, standing like a child on Christmas morning. 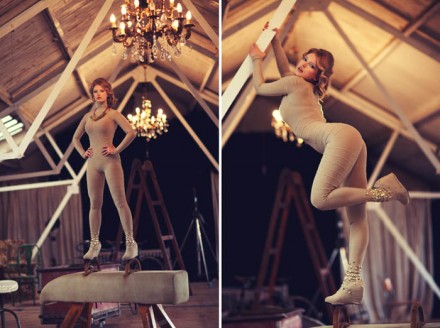 I am used to the stunning model who is, literally, stunned. I have never been quite satisfied with a candid picture of that stunned, stunning model as a single display of interest. For me, there is usually always a gap that demands to be filled – the gap of reality, that needs filling in with the polyseal of Photoshop, to mask the slip of self-conscious expressions or just the plain static semblance of even the most ‘professional’ model. Fancy tableaux of Carrollesque collage are my current forte within fashion photos. And the times when I’m not completely embellishing my photos, are times when a magic moment in the shooting has come, that glimmering unicorn of the ever sought-after feeling of visual completion without desire for compositing. With Linda however, I felt showered with magical moments. It was rare, a rare cat sighting, when I felt compelled to candidly capture so many moments in an otherwise contrived set-up. 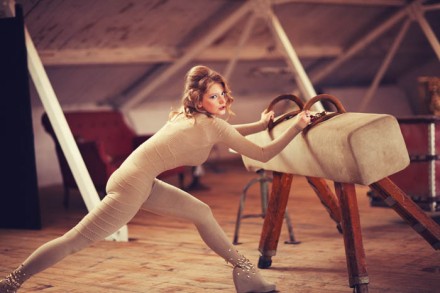 I saw the photoshoot in a different way than I am usually inclined. The choice of images was still key to making the sequence work: selection and editing were still important to the mystique of representing Linda, but it was like being given a new set of instruments to play. I look over at my Surreal Fashion series in comparison to this story, and see highly contrived elements scaffolded round a model who performs satisfactorily stiffly, for one stand-alone piece: an ornament, to be made further ornamental with additions of craziness in Photoshop. They are pretty, they are perfect, they are made even more perfect and bizarre. But Linda is a different animal. She is her own bizarre perfection, moving over objects with the stealth of a lynx, very sexy and very photogenic – but much more. She makes all eyes male. She is a force that you can only try and picture as quick as you can, and treasure the evidence, counting down till you get to shoot her again.

This is the second article of a series of three essays by Natalie Dybisz: 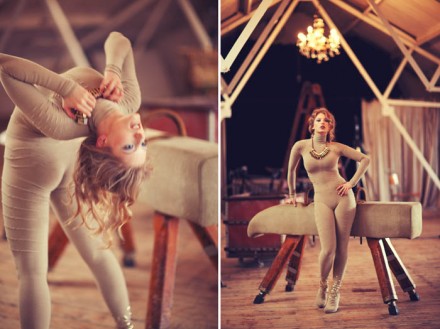